They may have come of age with ‘Solitude and Savagery’ but it was with’ One’ that Manchester fuzz merchants Barbarian Hermit first caught the attention of the metal community. Whether you call it sludge, doom or stoner, the reality is that ‘One’ is one gargantuan slab of heavy as fuck riffage that pummels and drives from the opening crushing riffs of ‘Mermaid’ through to the previously unreleased nine-minute lumbering mammoth that is 'Through the Periscope of the Deadly Sub’.

If you’ve ever seen these guys live, you’ll know that there is an inevitability about how their music will grip you. The musical equivalent of being trampled by a herd of elephants, there were times at Bloodstock in 2019 where the solidity of the Sophie Tent was questioned, such was the gravitational pull from the stage. Punishing, sonically penetrating and thick in rich groove, the metal equivalent of an MRI scan penetrates deep into the bones, vibrating and disconcerting. There is plenty of influences from the stoner scene woven into the band’s style and yet, whilst you search the memory banks for just who those artists are, the only thing that emerges from the aural onslaught is the need for more. 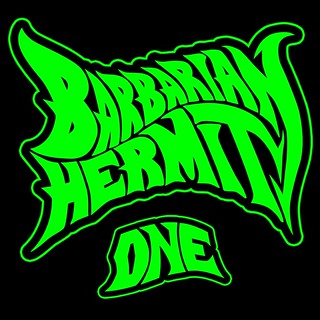 The punchy ‘Mermaid’ is succeeded by the slower, yet even heavier ‘Tigerhorse’, which bruises with its hugely intense power. There may be a mere seven songs here, but you can’t rush quality, with five of the tracks clearing the six-minute mark with ease. As well as the thick riffs, there is also the deep resonation of the rhythm section, Chris Wood (bass), Loz Brindley (drums), and the grit-laced vocals of Simon Scarlett who left after One but returned to the band last year.

Changing pace from thundering intensity to almost glacial time changes, ‘One’ is an album that ensures the listener is rarely able to relax. The punkish thrash of ‘Alma’ comes out of the blue, a mosh pit maelstrom that rampages with intent whilst retaining Elephantidae membership. And then we arrive at the concluding behemoth. 'Through the Periscope of the Deadly Sub’ lurks with a malevolence that is impossible to ignore whilst you peruse the rest of the track list. Once it kicks off the final magnificent nine-minutes of this fabulous reissue, there is nothing you can do but accept being pinned back in your seat as the track erupts in an audio tsunami. Scarlett’s gruff roar tears through the avalanche of relentless riffs, the sheer velocity of which are overwhelming. This is simply massive and the most incredible way to conclude this absolute battery.

Sometimes heaviness isn’t about pace, blast beats but the sheer intensity of the music. This reissue is a reminder that when it comes to skull crushing, Barbarian Hermit is a dangerous beast.