You sit down and listen to an album by a band you’ve never heard of before with limited expectations. But this is why we love this music. Irist have put together a fantastic collection of songs that have put me on my arris. It happens from time to time and we all know what it feels like. To listen to a band for the first time and having that feeling of being blown away. 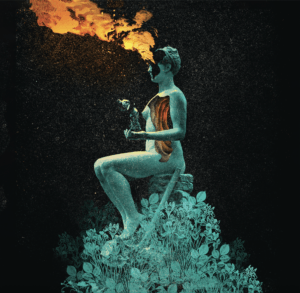 The core of the band has gathered from varying South American countries but are residents of Atlanta, Georgia. They borrow heavily from 90’s metal, that has a spring in the step but is darker than night. Irist have two sides to their music, the stop-start riffs that are just technical enough to keep all the tech-heads happy, but simple enough for the pit to slam in unison and the wall of death to occur, in all its front teeth doomery.

The other side of the band is the driving riff. Almost hypnotic, its contemporary modern, heavy music at its best. The vocal is harsh with a hint of echo that remains aggressive all the way through, no commercial, weak or safe choruses here. But what Irist do really well, that so many bands fail to do is the art of having ten totally different and distinguishable songs with a true core running through each of the tracks that attaches the tunes to this band. I kept thinking that they would run out of ideas come the end of the album, but they didn’t.

These are big words but I’m going to write them. Even though it’s only the end of March, even though Sepultura have released a killer record and even though most of us have cabin fever at the moment and are not in the best state of minds, I’m still going to say it.

This is my album of the year (so far)!

'Order Of The Mind' is out now on Nuclear Blast.