Having listened to ‘Vredesvävd’ I can safely say it will be worth the wait however you can listen to the lead single for the new album called ‘Mask’ - which you can listen to below! This really wet the appetite prior to listening to the rest of the album and made me want to hear so much more, very catchy, very heavy, which is exactly what I love about Finntroll. 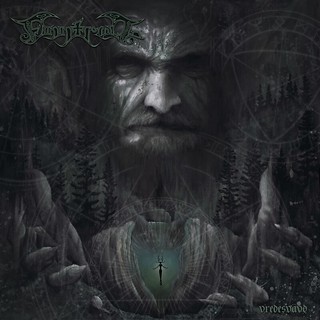 Vredesvävd translates to "wrath woven" which describes the album very well, you can tell that the anger in the music is real and Finntroll are truly taking no prisoners with their musical output. Each song on the album is catchier than the last, songs like ‘Mask’ and ‘Forsen’ have been stuck in my head ever since listening to them and I can’t wait to hear that being played live (when live music comes back).

The production on the album is amazing and having been produced by band members TrollHorn (keyboards, orchestrations, mouth harp and guitars to name a few ) along side vocalist Vreth so this album is truly made by the band for the fans and you can tell that it is very much been their well loved creation.

Overall I loved this album, 100% a contender for the album of the year, the sound and atmosphere produced on ‘Vredesvävd’ is exactly what made me fall in love with Finntroll in the first place, the album is a perfect blend of black metal and folk metal that screams passion and anger.

‘Vredesvävd’ is out on the 18th of September via Century Media