Atlanta hard rock quintet are set to release their “Nocturnal Youth” EP on July 19th in the UK and EU, with the EP releasing in North America on May 7th.

The track listing for the EP is:

Watch the video for Voices here:

Pistols at Dawn released three new singles and videos in 2020, "Cold" "Gauntlet" and "All You Offer". The singles were recorded/engineered by famed producer Jeff Tomei (Smashing Pumpkins/ Matchbox 20) at Cock the Walk Studio in Atlanta, GA. Pistols At Dawn entered the studio again in mid-2020 and wrapped up its new EP "Nocturnal Youth" with Producer Jeff Tomei and "Faith No More" Mastering Guru Maor Appelbaum. The first single and video "Voices" was released on March 5th, 2021.

Pistols At Dawn is a high energy, heavy hitting, heart pumping, radio ready hard rock band with lyrics and visuals of the times pushing the listener not to accept the status quo. PAD has been compared to a combination of Godsmack, Breaking Benjamin, Shinedown, Tool, AC/DC, Metallica, Disturbed and other universal hard rock acts, while retaining a uniquely electric, powerful, and vintage sound singular to Pistols At Dawn. 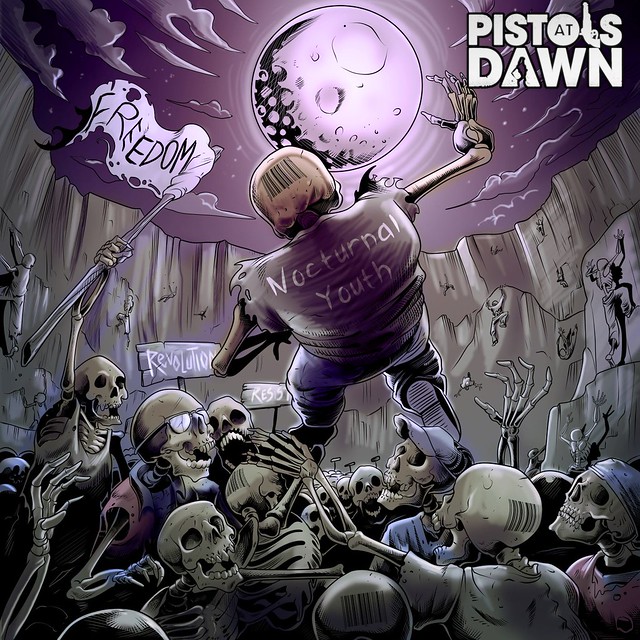