Formed in Leeds in 1980, The Sisters of Mercy have long held a special place in the hearts of many of those metalheads who like their darkness. For those who are unaware of the band, this tribute album may be a good introduction. Their formative years are well described in The Mission’s Wayne Hussey’s recent book, ‘Salad Daze’, which is an interesting read. It’s something of a mystery how a band that has had more members than I’ve had hot dinners has only ever released three albums. With only Andrew Eldritch remaining from those chaotic and bizarre formative years, The Sisters continue to play live sporadically, with their shows still selling out with ease and drum machine/programme Doktor Avalanche still firmly ensconced.

What we have here is a rather delicious selection of covers from the band’s three albums, the mighty ‘First And Last And Always’, ‘Floodland’ and ‘Vision Thing’, and a smattering of singles/EP content that may be a bit more obscure to those less familiar. 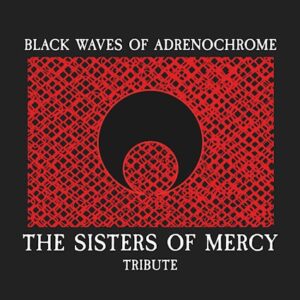 There are plenty of good efforts on this hour-long record. The cover of Walk Away by Paradise Lost is delivered with an ease that the Halifax outfit can deliver so comfortably. The inclusion of Cradle of Filth’s ‘No Time To Cry’ is inspired, with Mr Filth bringing his own instantly recognisable style to the song. For metalheads the Kreator version of ‘Lucretia My Reflection’ with its electro pulse is probably as off the wall as anything else on this collection, although Dan Swanö’s version up tempo version runs it close.

Like all tribute compilations, this will be well received by some fans, disliked by others and treated with curious interest by others. As a fan of the band’s earlier works, it’s an enjoyable release. The double versions of ‘Lucretia’ and 1983 single ‘Temple of Love’ (performed by Crematory and Deadlock) highlight different approaches that musicians adopt to the same music. Obviously, the challenge for all vocalists on this album is whether to adopt full Eldritch tone or retain some of their own style to make it more individual. Regardless, there’s not a poor cover on here, and the decision to close with Columbia Obstruction Box’s Germanic version of ‘Marian’ is inspired.

Would I buy this? Hmm, probably not but if you are a diehard fan, I’d imagine that it would be one to add to the collection.