If you've ever been to New York City you will know that the skyline of Manhattan Island is iconic and ever changing. But some landmarks stay defiant and have become part of the very fabric of the city. One building in particular has stood out amongst all others. Sure there are taller buildings and more functional buildings but the Empire State Building is synonymous with that great city. Hawkwind is the Empire State Building. If we think of ground-breaking music in an ever changing musical landscape, Hawkwind have been consistently, defiantly and doggedly in the picture for over half a century.

Much like the Empire State Building, Hawkwind have their famous floors. Think of the 5th Avenue lobby, 'Masters of the Universe', think of the 95th floor viewing platform, 'Silver Machine'. But if you only visit these two floors in the Empire State Building you are missing so much more. If you have only ever heard these two songs by Hawkwind you have missed a musical education and decades of enjoyment. A new box set which is released on December 10th, 'Dust of Time', charts every single stage of the Hawkwind career. Think of it as getting on a lift but instead of expressly taking you from one famous floor to another it stops at every single one. You can get out and have a look around each floor. From the very sub-basement which is very apt as Hawkwind were a subterranean folk blues band in the beginning, all the way through the early 70s. Rising to the very height of chart dominance with the aforementioned 'Silver Machine', and the “new” additions of the 80s and 90s where the synth sound carbon dates the era beautifully. 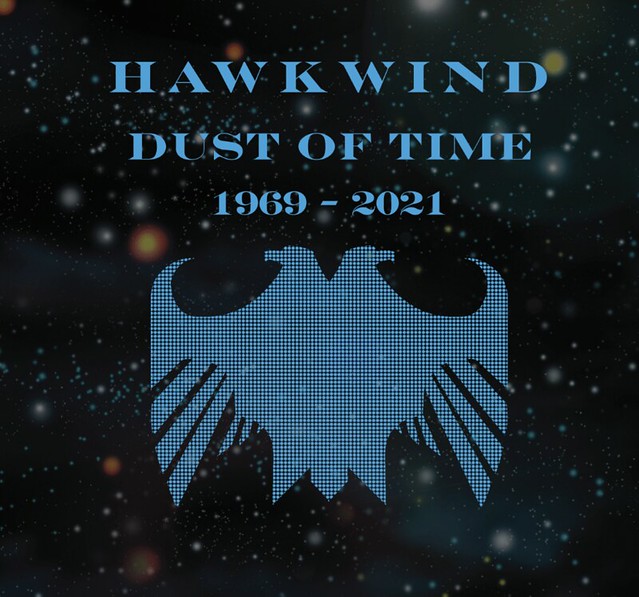 One-time member Lemmy Kilmister always said that there was a three-piece band trying to fight its way out of Hawkwind. There is in fact a bloody good three-piece rock band trying to get out of Hawkwind. Much like a core of the building with faithful trusses and on these faithful trusses which upon hangs a multitude of different layers of creativity. The saxophone breaks, spoken word poetry, weird computer noises. All with a driving riff and a message in the lyrics behind it.

Next time you go to New York and see the Empire State Building, think of Dave Brock and the work that he's put in over his lifetime to secure Hawkwind’s place in music history. 'Dust of Time' is a perfect document for that legacy. Don’t tell him but I am going to fork out good money and buy this 5 cd box set for my 78-year-old father-in-law. We've seen them many times together and I look forward to listening to this collection of songs with him.