You may have heard of Kris Barras. Planet Rock new band of the year in 2019, three albums and numerous tours with support slots to Bon Jovi, The Magpie Salute and Black Stone Cherry to name a few, and former MMA athlete. Seem familiar? He’s also vocalist with Supersonic Blues Machine, which at one time featured a certain Billy Gibbons.

If you like the standard fare that Planet Rock push (the new wave of classic rock in summary), then Barras is probably already on your radar. He’s toured relentlessly, playing huge stadiums as supporting artist as well as small, closet size venues as he continues to build his musical career. Barras and his band’s last release was 2019’s ‘Light it Up’, an album that I personally wasn’t over enamoured with. It was radio-friendly, polished, but just not my bag. 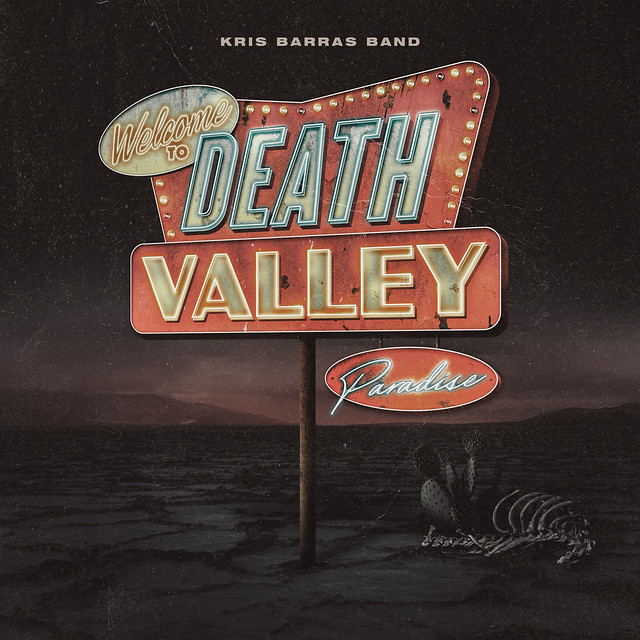 It is still a hugely radio-friendly record. The hooks, the melodies and the opportunity for choral singalongs all remain, front and centre. Opener ‘Dead Horses’ for example, is an ear worm that leaves you humming the song all day long. ‘My Parade’ is a song Barras has long wanted to record. His debut of the song at Steelhouse Festival saw the crowd singing the refrain long after the song had finished. It’s an anthem with a chorus that demands arms in the air. It’s not revolutionary, but it’s a definite statement from Barras, although he says it’s a song that belong to all of us, not just him. It’s going to be a huge moment in the new tour.

Elsewhere there are some deliciously hooky songs. ‘Who Needs Enemies’ highlights the mellow vocals, and the driving riff will ensure you tap the foot. Barras is also able to demonstrate some nifty guitar work. The whole album is slick and polished, and the songs suggest that they will be massive in the live arena. Even the inevitable ballad, which for some reason appears to have pinched the opening riff from popster Taylor Dane’s 1987 hit ‘Tell it to My Heart’ isn’t overdone or covered in the usual cheese.

Add on some very acceptable rockers that are sure to get the foot tapping along in the likes of ‘Devil You Know’, ‘Cigarettes and Gasoline’ and closing track ‘Chaos’ and this all adds up to an album that is enjoyable from start to finish.