Much has been written about the split between founding member, Max Cavalera and his Brazillian bandmates on a December night in London back in 1996. Riding high on the back of the Roots tour, Max upped and left and, despite many calls over the twenty-five years plus, all parties have resisted the incentives offered to kiss and make-up.

This five-disc set comprises of the first four albums from Max’s post-Sepultura outfit, Soulfly and, with new record Totem due this year, gives as good an excuse as any to have a trip back to the heady days of the millennium.

Soulfly’s self-titled debut hit the racks in April 1998 – nearly six months before his former bandmates put out Against – and began landing slots on high profile shows, not least that year’s Ozzfest at Milton Keynes. Soulfly, the album, very much picks up where Roots left off: Eye for an Eye could well have made it onto that record as it blends those heavy guitars with tribal rhythms, while No Hope = No Fear takes that blueprint and stirs in a big dollop of Nu Metal. As a whole, this debut is a constant conversation between old, traditional sounds and rhythms and new (nu) progressions. Nu Metal’s propensity to focus on heavy beats plays directly into Soulfly’s hands here, as the music carefully navigates between the Scylla and Charybdis of these two styles without straying too close to either. The Nu influences are prevalent on Bleed, First Commandment and Prejudice; while the tribal takes centre stage with Tribe, Quilombo and Bumba. There’s a laid back groove to both Umbabarauma and No, a real grind to The Song Remains Insane and an ambient mood to Karmageddon.

Guest slots from Nu Metal royalty Chino Moreno of Deftones and Fred Durst and DJ Lethal of Limp Bizkit, along with Benji from Skindred and three-quarters of Fear Factory all contribute to an encouraging beginning that still holds up to this day.

Album number two, Primitive, arrived two years later and, to a large extent the Nu influences had been dialled down in favour of a more grooving vibe. That’s not to say that weren’t in evidence on the likes of Back to the Primitive, Pain and, most heavily, on the Corey Taylor voiced Jumpdafuckup. Meanwhile, the groove showed itself on Terrorist, The Prophet and Flyhigh; Max returned to his roots on Bring It and Mulambo and blew out the speakers with the massive low end of Boom. Yet, Primitive took a few risks too: notably on the post-punk/ Alternative influences Son Song and the outright heavy Hip-Hop sound of In Memory of…

Primitive feels much more like Soulfly had found their collective feet and are starting to develop their own sound. 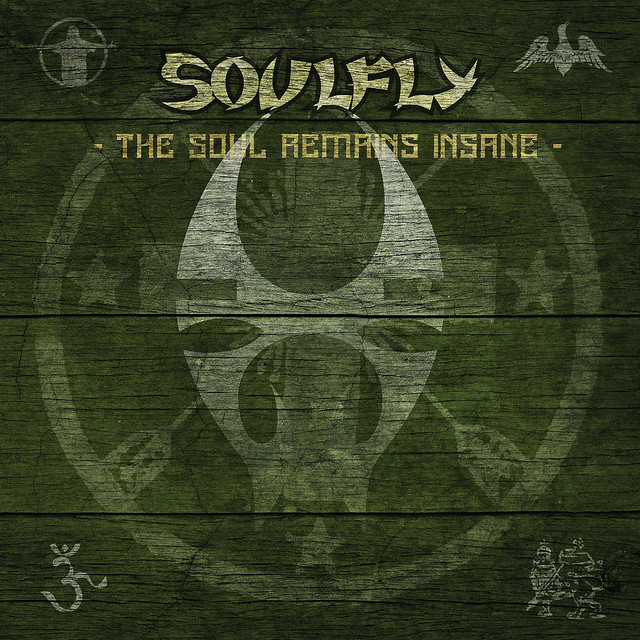 3 was released in 2002, opening with the trio of Downstroy, Seek n’ Strike and Enter Faith, setting the tone to this album as a more direct and metallic outing. That is continued on throughout with the Slayer-esque L.O.T.M. and the straight ahead Call to Arms. That’s not to say 3 lacks any of its predecessors’ experimentation: there’s a call back to Roots on the Cristian Machado voiced One and the Ratamahatta tribalism of Brasil. Phil Rind pops up for a cover of Sacred Reich’s One Nation, complete with Pledge of Allegiance bookend which flows sorrowfully into the single minute of silence that is 9-11-01.

Compared to both Soulfly and Primitive, 3 is something of a step back for the band. Not that it’s a bad album by any means, just that it lacks the imagination of its older siblings.

Disc 4 of this set is 2004’s Prophecy, which again, for the most part, moves away from the musical experimentation of Soulfly and Primitive in favour of a more aggressive groove. Living Sacrifice and Execution Style can rip your face off with their heads-down approach. Similarly, Mars, Born Again Anarchist and the title track keep the intensity high, while adding some regional or, in the case of Prophecy itself, trance moments. Porrada lulls you into a false sense of security before pouncing, I Believe slows things down somewhat and Moses features an unexpected brass section. Everything cumulates in Wings, a jazzy-throw-the-kitchen-sink-at-it sort of track. Before that there is the cover of Helmet’s In the Meantime and part IV of the Soulfly suite that continues to this day.

As with 3, the sound of the first couple of records is being moved away from in favour of a more aggressive sound that will continue up to the present day.

Tracks from these albums still make up the core of Soulfly’s live set to this day, with Eye for An Eye, Back to the Primitive, Prophecy and more being firm fan favourites. And you’d be disappointed to pop along and not see those songs played alongside the Sepultura classics.

The fifth and final disc of this collection is Soulfire, a collection of odds and ends, covers, remixes and excised material from the period. From the Limited Edition of the debut comes Cangaceiro, sounding for all the world like a Chaos AD off-cut; Ain’t No Feeble Bastard and Possibility of Life’s Destruction are Discharge covers, treated with the greatest respect from Max and packed with squealing guitars and driving drums. Tribe (Tribal Terrorism mix), Quilombo (Zumbi Dub mix) and Umbabarauma (World Cup mix) were found on the Limited Edition version of the album, with the first two also appearing on the Australian Special Tour Edition of the little remembered Tribe EP from 1999.

I Will Refuse from the short-lived Al Jourgensen and Ian Mackaye project, Pailhead is given the Cavalera treatment as a pounding hardcore punk number and Black Sabbath’s Under the Sun is suitably doom-laden. Both of these covers can be variously found on versions of the third record.

Queuing at the Download merchandise stand last week – ironically for a Quadra shirt – there was a conversation going on behind with one of the participants lamenting a Cavalera-free Sepultura line-up. Which got me thinking that, even after all this time, folk still want to see the reunion that will never be, instead of relishing in the reality that the split spawned two great bands.

It’s great to have an excuse to hear these records again, especially Soulfly and Primitive as they feel like opening a time capsule; and, although tracks from these records are still played, they are done so by Soulfly, circa 2022. Those grooves and nu elements can never be reproduced in exactly the same way anymore.