Whilst every media outlet, including ourselves, have cast their eye over Bloodstock Festival 2019 and have concentrated their thoughts around the two main stages, very few have taken a look at what happened else where. Around the festival there were three other stages, messers Newblood, Jägermeister and Serpents Lair VIP, on which festival revellers could catch even more bands and some top talent!

It would be a tragedy to not report on some of the great acts we discovered last weekend and hence we bring you this.

The Razor’s Edge brings you their alternative review of Bloodstock 2019. 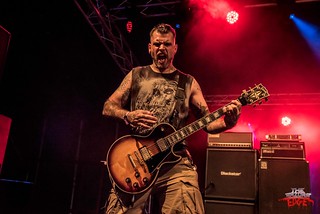 The Hope Burdon – Oxfords post metal ensemble were in an early slot on the first day of the festival on the Newblood stage. The point at which not quite everyone is awake and in the arena watching bands. Despite this, the show they put on was stunning. Haunting vocals from Josh Day, layered atop soothingly aggressive riffs. A band we’re glad we caught live.

Eyes of The Raven – Black Country beer metal quintet, graced the tiny Jägermeister stage mid afternoon on Friday. Clad in smart waistcoats and drinking lots of beer, front man Dave Horan tore the rather sizeable crowd a new one with his gruff vocals backed by bluesy/stoner riffs and thunderous bass lines. The lads know how to groove and their set was worthy of a bigger stage. 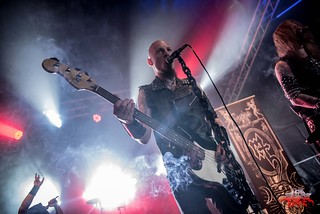 Master's Call – closing the Newblood stage on Saturday was this darkened quartet. Their menacing stage presence is palpable, ferocious guitars kick in and lift the intensity as the air is filled with horrific anthemic darkness. Vocalist Shayan, hooded throughout, cuts a haunting figure as his brutal vocals are delivered on point. The throbbing backline of Adam and James on bass and drums respectively keep fast paced order as this tight nit group produce a magnificent set.

Womenowar – with Ross The Boss playing on the main stage it seemed somewhat fitting that Manowar tribute/parody act Womenowar play on the Jägermeister stage shortly afterwards. Whilst Ross does Manowar a lot better than Manowar themselves could ever do, Womenowar do them even better than Ross. What seems like a bit of comedy to start with, turns into a fantastic tribute act. The women (and men dressed as women) take the music extremely seriously and the many Manowar fans watching jaws dropped at just how good they were.

Fallen Temples – The huge riffing Welsh trio were a welcome break from the more extreme metal element filling a large percentage of the festival. Black Sabbath meets Clutch meets Soundgarden in an all-out assault on the senses. That snarling guitar soon win you over reminiscent of Orange Goblin in places, it warmed the soul on a blustery Sunday morning. 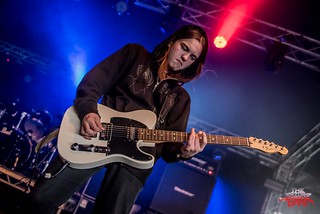 Golden Core – This duo were a total surprise and one that could not be left out of this review. First impressions they looked about 12, but that is me doing them a disservice. They are young, but the noise that the guitarist and drummer/vocalist make as a combo was phenomenal. Hailing from Norway, having won Metal 2 The Masses Norway to get to Bloodstock, they produce a very distinct doomy progressive noise, similar to that of Khost for those of you who are fans. If you are looking for something a bit different and missed these two at the festival, I highly recommend you checking them out!

Elyrean – Winners of the Metal 2 The Masses competition in Wolverhampton, the young band have been on a steep upward trajectory for the length of this year. Now with the Bloodstock performance under their belts, that looks set to continue. To call them out and out thrash would do the band a disservice. They are thrash in places but they often cross that boundary into death metal. James Murphy-esq riffs abound as they destroy a thirty minute set in what seems like seconds. If you like thrash and death metal then these had to be the discovery of the weekend!

Every year for us, the highlights of the festival happen over on the smaller stages. Discovering those young acts you'd never heard of and seeing them come back a year or two later, bigger, better and on the bigger stages. These are just a few of the highlights from what we saw. Let us know who you saw and the bands you think are ones to watch over the coming years! 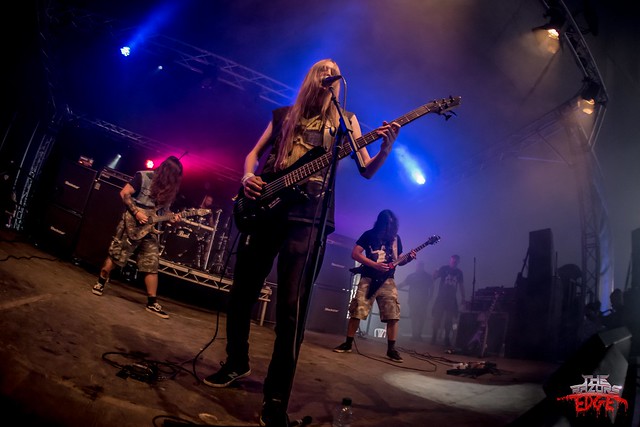 Missed part 1 and part 2 of our review? Make sure you check them out!