We it comes to listing the top guitar virtuosos in the world, Paul Gilbert will always feature heavily in the debate as to who is the greatest of all time. Through his career with Racer X, Mr. Big and his extensive solo productions he has proved time and time again he is at the top of his game.

Following the last few years of Mr. Big touring, Gilbert headed into the studio, recorded and released the 'Behold Electric Guitar' album earlier this year. To back up the recording he's now out on the road, with a very talented band backing him up, on this the "Behold Electric Guitar Tour". 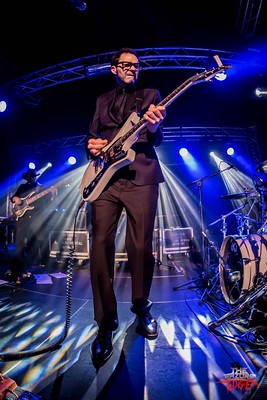 The tour hits Birmingham tonight at The Mill, the former warehouse in a Digbeth back alley, that has been magnificently turned into one of the city’s finest music venues. The first rains of autumn may be falling outside in the dreary Birmingham streets but inside the assembled audience are waiting expectantly for a magician to perform on his guitar.

With no support act in toe, the evening focus's solely on Gilbert's talents. As the clock strikes half past eight the flurry of conversations stop, figures appear in the shadows on stage before Gilbert appears to rapturous cheers.

The evening is filled with technically complex guitar fueled songs, draped in blues licks and expansive tones. From the opening of 'Blues for Rabbit' through a whole set that magnificently highlights Gilbert's abilities. But the show is not just about him, at times he steps back from centre stage allowing the keyboardist, drummer and bassist to highlight just how good each of their own abilities are. Gilbert is generous in showcasing them and not taking all the limelight for himself.

Whilst the set is filled with Gilbert's own material he does sporadically perform his own take on some classic guitar based songs. Early on 'Gonna Fly Now' - the theme from the Rocky movies - kicks the pace of the set up and gets the crowd dancing along. An awe inspiring cover of Kansas' classic 'Carry On My Wayward Son' slips in and the inclusion of The Beatles 'While My Guitar Gently Weeps' seems a suitable choice.

The show was undoubtedly a showcase for Gilbert's playing abilities. Whilst the debate rages on as to who the best guitar virtuoso in the world is, tonight in Birmingham Paul Gilbert has made a strong claim to that title. 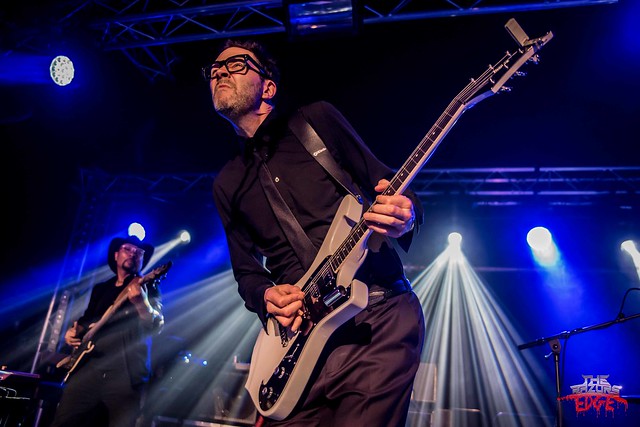