'Sunless' is PSOTY’s - formerly Pet Slimmers of the Year - second full length following on from 2014’s critically well received Fragments of Uniforms. Five years in the making and the aptly titled 'Sunless' is a far darker and more introspective, at times even aggressive, musical collection.

From the opener, 'Oil Blood', PSOTY set about creating a captivating fifty-five minute emotional journey, through crushing, melancholic riffs to delicate guitar work, PSOTY utilise all the tropes of the Post-Metal genre to deliver one of the finest records of the year so far. 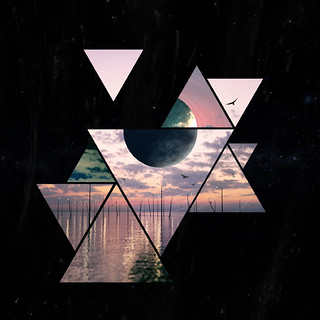 'Sunless' is an a album of juxtaposition, whether that be the intersecting of huge, crashing riffs or the delicate play of a lone guitar, there is always a myriad of interesting ideas at play. Tracks like the aforementioned 'Oil Blood' or the instrumentals 'The Yawning Void' or 'Queen of Hades', use repetition to build rock solid foundation for the tracks, before moving off to explore other musical lands. The repetitive riffs become hypnotic at times, the interplay between the guitars - sometimes simple, sometimes complex, but always compelling - are spectral at moments, hauntingly effective against assault which surrounds them.

Half the tracks on 'Sunless' are instrumental passages: the shorter 'Acheron' and 'Charon' acting as extended introduction and coda respectively to 'Queen of Hades', but with the former creating similar soundscapes used so effectively by Mithras, and the latter windswept and melancholic. The omission of vocals here allows the music to breath, to explore itself without having to accommodate a literal voice and, taking 'Sunless' as a whole, add to the massive scope of the album.

Vocals are back for the two final pieces, 'King of Ephyra' and 'Obscura', in which PSOTY return with urgency and aggression, smashing instruments deliver a devastating riff which repeats, growing more insistent with every passing recurrence. While 'King of Ephyra' resolves itself into a haunting refrain, 'Obscura' takes the other direction and ends Sunless with a bang.

The centre-piece of 'Sunless' is its lengthiest track: 'Watcher of the Abyss' which encapsulates PSOTY’s skills as song-writers and musicians most completely. It is a more controlled track than others on the album and while the opportunity to deliver on the aggression is there, the band show restraint. Even during the slower portions of the song the heaviness is still apparent, waiting to rear its head one more time.

The real stars of 'Sunless' is the rhythm section. Both bass and drums deliver a tour-de-force; understated when required but utterly devastating for the most part. The huge drum sound underpins the whole album, the use of cymbals perfectly complementing the guitar lines. But the bass needs to be heralded as the unsung hero of Sunless, holding the record together when the risk is that the energy will rip the whole thing apart.

PSOTY have produced a fantastic record of light and shade, of weight and delicacy, and one which proves they are contenders. If there’s any justice, 'Sunless' should see their profile raise significantly.

Sunless is released on September 13th, through Candlelight Records.