BLOODSTOCK is delighted to share that New Delhi’s BLOODYWOOD will headline the Sophie Lancaster stage on Friday, in a UK festival exclusive. Blending Indian folk instruments and heavy metal, this is sure to be a unique set you won’t want to miss! Check out their most recent single (closing on 1.4 million views), ‘Machi Bhasad (Expect A Riot)’ below

Saturday’s Sophie Lancaster stage headliners are none other than extreme metal miscreants CATTLE DECAPITATION. Hailing from California, the Metal Blade signed group release their crushing new album ‘Death Atlas’ this Friday, November 29th! Not familiar? Listen to ‘Bring Back The Plague’ from the new LP below.

Birmingham death metal brutes MEMORIAM will be Saturday’s special guests on the Sophie Lancaster stage. The band’s third album, ‘Requiem For Mankind’ was released by Nuclear Blast in June.

Also joining the Sophie bill on Saturday, are Edinburgh-based prog experimentalists RAMAGE INC. With five albums under their belt now, they’ve plenty of songs to choose from! You can explore their latest record, ‘Under The Skin’, in its entirety over on their Bandcamp page at: https://ramageinc.bandcamp.com.

Have you discovered London’s psych-doom crew GREEN LUNG yet? Appearing on the Sophie stage on Sunday, Metal Hammer described them as, “a fantastic mix of stoner rock, hard rock, and psychedelic rock laden with harmonies,” with further praise heaped on them by Kerrang!, The Guardian, and BBC Radio 1 Rock Show host Daniel P. Carter.

BLOODSTOCK is pleased to welcome back post-metal squad BOSSK, joining the Sophie stage line-up on Friday. Following on from 2016’s well received ‘Audio Noir’ album, the band’s Facebook page was recently teasing new music is coming in 2020. Here’s hoping it’s out in time for BLOODSTOCK! 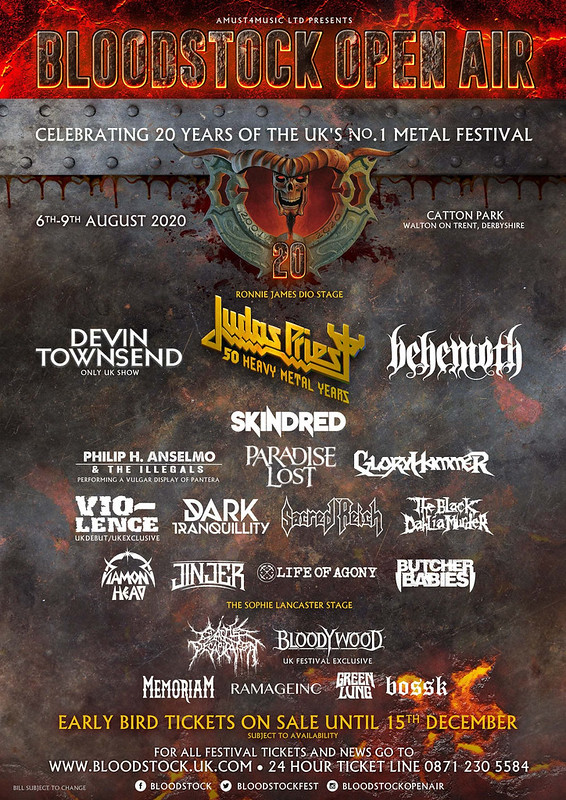