It’s always an enjoyable experience to pick up a new piece of music and listen to it for the first time, even more so from a band or musician unfamiliar to the listener prior to that first spin. The discovery of new music, new characters, new artist expressions different from all that have come before it over the course of many centuries.

Austrian’s Ryte are set to release their debut album, the self titled ‘Ryte’ later this week on Heavy Psych Sounds. The results of over 18 months of intense writing and recording are now on offer for the general public to listen to, but what will people think?

If, as a listener, your tastes fall into the categories of stoner rock, blues, psych rock or even prog then Ryte’s self-titled album will offer something for you. There are hints of all those sub-genre’s in their music and melded together it makes for some wonderful aural pleasures.

‘Raging Mammoth’ opens the album, a slow groove from the combination of bass and drums whilst the guitars swirl around giving that psych rock feel before bridge into something heavier, harder, throbbing. The track is just four seconds shy of eight minutes in length, yet at no point does it feel that it has over stepped the boundaries or gone on too long. The song writing, expansive and enthralling fully immerses you into this instrumental number. 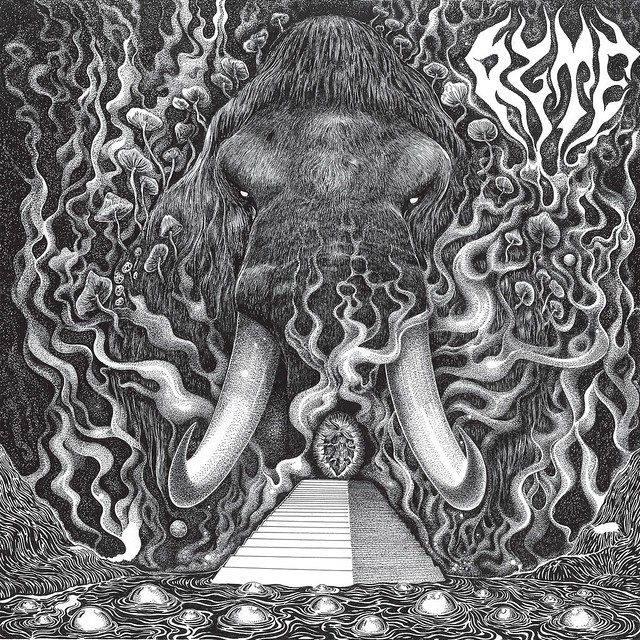 If an eight minute track is just too short for the listener then fear not, ‘Shaking Pyramid’ clocks in just short of 12 minutes. The blues rock feel to the start of the track drags the listener straight into the song. Lyrics and vocals across the album may be sparse, but you don’t miss them in the slightest, the music good enough to paint that picture without needing a narrator walking you through it. Pace fluctuates throughout, from the faster more up beat blues feel slowing down to near doom stylings at points keeping you on the edge of your seat, encapsulated. ‘Monolith’ continues in a similar vein, the chugging riff of the opening sequence heart warmingly reassuring as it leads you into the 10 minute monologue of progressive wonderment.

The album, only four songs long, lasts a full 38 minutes and is rounded out wonderfully by ‘Invaders’. Heavier in nature than the previous three, the chugging bass mesmerising before the pace is picked up by the monstrous riffage of the twin guitars. Then, all of a sudden, vocals kick in for a rare appearance; gruff, low, dark and almost haunting they add an extra dimension to the sound. Were they needed? That is questionable as the music has done all the talking up until this point, but they are minimal and the musicians soon take back control.

The album highlights the efforts put in during the hard slog of 18 months of writing and recording. For a debut album this is as near to perfection as would be possible, and sets them up for the near impossible task of trying to better this with their future albums. The bar has been set very high indeed.