Album Review: Wiegedood - There's Always Blood At The End Of The Road
Reviewed by Paul Hutchings

The dark evil that has been dormant since 2018’s ‘De Doden Hebben Het Goed III’ (roughly translated as ‘The Dead are Doing Well)’ is ready to be unleashed once more. Belgian trio Wiegedood return with their fourth long player and its almost as if the shackles have been released. Breaking the format of the previous three ‘De Doden Hebben Het Goed’ albums, which followed a specific presentation, ‘There’s Always Blood at the End of the Road’ sees Wiegedood unleash some of their most visceral and explosive material to date.

The band are no shrinking violets. Their name translates as sudden infant death syndrome, and their music is a combination of harrowing eruptions of the most extreme black metal mixed with more gentle instrumental sounds as well as more disturbing segments (see ‘Wade’ for an example of the latter). This is not something that you want to play at a family party (although watching people play musical chairs to this would, however, be hilarious!).

‘There’s Always Blood at the End of the Road’ isn’t an easy listen. The music is relentless, the aggression phenomenal and the overall brutality overwhelming. It is filthy, ridden with disgust at humanity and the modern world. The sheer intensity of opening track ‘FN SCAR 16’, a swirling maelstrom of dual guitar riffs, ultrafast blast beats and screaming vocals is merely a taster for the rest of the release. It is intentionally uncomfortable.

What is evident from the first listen of this album is that there remains pent up rage and frustration, the band’s hatred of the modern world still burns. Freed from the formula that served them well on the first three albums, Wiegedood unleash a torrent of explosive, spiralling riffs that are occasionally interspersed with passages of more melodic play. The ferocity of tracks such as ‘Noblesse Oblige, Richesse Oblige’ and the crushing ‘Until It is Not’ ensure the front end of the record is wave after wave of bludgeoning violence. But dig deeper than the raging cacophony that surges through this record and you’ll find real complexity in the arrangements. Wim Coppers drumming is phenomenal, a real battery which piledrives the music forward, whilst the torturous throat tearing vocals of Levy Seynaeve will have you reaching for the lozenges. 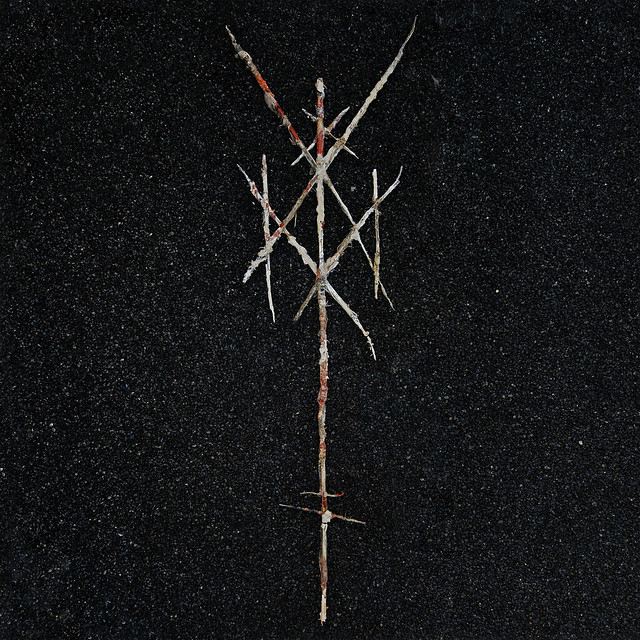 There is a coherence within ‘There’s Always Blood at the End of the Road’ which may not be obvious on first listen but immerse yourself in this record and you’ll see what I mean. The first four tracks flow towards the centrepiece of the album, the eight-minute ‘Now Will Always Be’. It begins with a calm yet brooding intro that segues into dark vocals and an eruption of riffs whilst a regular pattern is played out above. The storm that follows envelopes the listener and if you aren’t shifting in your seat by now then you may need to check that you still have a pulse. This is a masterpiece of black metal, the pace both relaxed and yet ferociously intense.

As the journey through this 44 minute of bilious hatred progresses, it’s difficult not to be moved, even disturbed. Sonic soundscapes that dive and soar, jar and crunch (check out the visceral delivery of ‘Nuages’), combined with a change in the band’s lyrical approach

that has moved away from the previous releases. Seynaeve commented, “If there’s one big change lyrically, it’s that there’s less of a self-pitying vibe to it than before. The overall feel isn’t about lying down but getting back up. To embrace the hurt and overcome it instead of letting it define you. But there’s no one lyrical theme throughout the whole record. I’ve felt more at ease to write about a diversity of things instead of finding new ways to say I don’t feel so great.”

If you want an evening of easy listening, then Wiegedood are not the band. But, if you want to experience what is likely to be one of the most impressive yet harrowing black metal albums of 2022, then ‘There’s Always Blood at the End of the Road’ is an essential listen. The band is itching to get back out on the road and have dates pencilled in for the UK for March. I suggest you make every effort to see them, for this should be a live experience that will be indescribable.