When people think of Lamb of God words that spring to mind are ‘aggression’, ‘loud’, ‘heavy fucking metal’. So just to mix thing up a little, alter the status quo of you will, their guitarist Mark Morton has released a solo E.P. which he is following up with an acoustic tour of the U.K.

On a miserably wet Saturday in January we enter the O2 Academy in Birmingham to see what Morton has in store for us. The venue slowly filling up, deep blue lights highlight acoustic guitars and empty stools sat waiting on the stage. If you were expecting that aggression alongside the circle pits he is renowned for in his other band, then you're at the wrong venue.

Tonight is a calm, relaxing affair where the music does the talking.

Opening the event is Dave McPherson, of InMe fame. In a flat cap, befitting of being in Peaky Blinder country, he relaxes into his stool and jokes with the crowd whilst tuning his guitar. The set provides a perfect way for Dave to highlight his talents, both on guitar as vocally. The acoustic setting provides the possibility of a multitude of pitfalls for your average musician but Dave avoids them all, his strong vocal performance pitch perfect with the songs. Dave has a wicked sense of humour, which comes across perfectly between songs, talk ranging from his band mates in InMe to his fathers scrotum have the crowd in stitches as he finishes his performance. 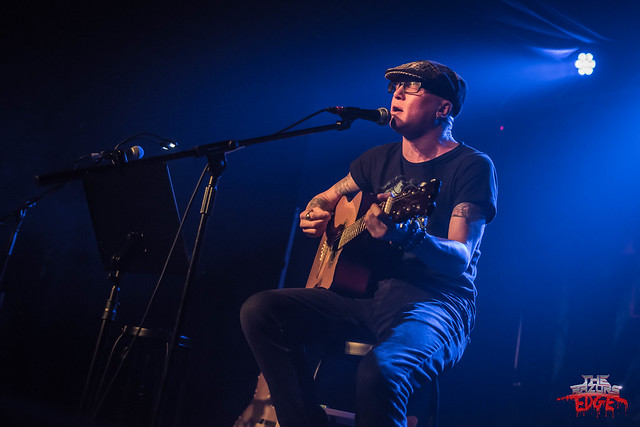 As we await the main act three stools and two guitars stand alone on the stage, three figures move from the shadows to ripples of applause and take up their spots. Mark Morales of Sons of Texas, Joe Harvatt formally of Welsh outfit Hark and finally the man most are here to see, Mark Morton guitarist with world renowned Lamb of God.

The set is not about the members other bands, they are here to highlight the songwriting ability of Morton. The next two hours of acoustic wizardry will cover songs from Morton's last album, his new E.P. and one or two covers which are thrown in for good measure.

Morton introduces each song with a feeling of almost reluctance, he's not a front man in his natural habitat and the laid back, somewhat shy guitarist does not seem at home behind a microphone. Mark Morales, his vocalist, however is a vocal genius. His voice transcends us mere mortals, powerfully delivering the lyrical content of Morton's songwriting, but highlighted perfectly during a cover of The Black Crowes 'She Talks To Angels'.

Morton's songwriting is perfectly suited to the acoustic form, delivering heart warming tracks a plenty across his set. Covers of Alice In Chains' 'Down In A Hole' and Pearl jam's 'Black' slotted in daringly. Songs that even the most talented musicians can find hard to reproduce the magic of but Morton fits them perfectly into this performance.

The show is rounded out in Black Sabbath's home town with a cover of their classic 'Planet Caravan' and received by the Birmingham crowd with adulation.

Tonight Morton and his cohorts have proven that "heavy metal" is now just about the aggression and volume of the music. In a toned down, acoustic setting the music can be just as powerful. 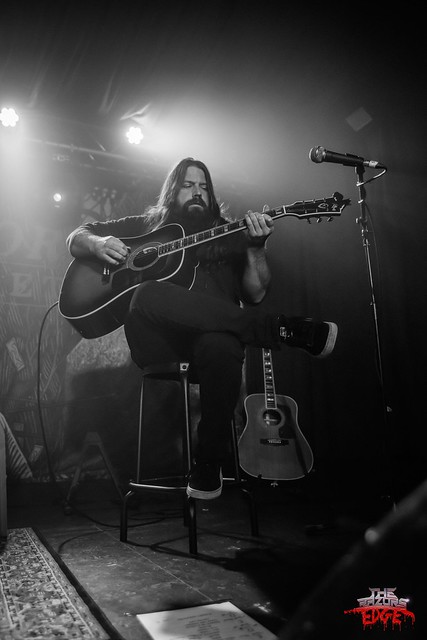