The musical inspiration for singer/songwriter JONATHAN HULTÉN’s debut album Chants From Another Place is drawn from acapella folk and church choir compositions. Throughout the album, tales are weaved and musical influences collide as HULTÉN draws comparisons to artists including Nick Drake, Sufjan Stevens, Wovenhand and Fleet Foxes, as well as traditional folk artists such as John Martyn right through to his contemporaries in Anna Ternheim, José Gonzales, Anna von Hausswolff Chelsea Wolfe & Hexvessel.

“The Mountain”, the album’s debut single (released 10th January), is a potent yet minimalistic ode to loss and hope. Telling a tale of soul in distress, goes forth on a journey and faces death, transformation and rebirth is accompanied by a stunningly emotive animated video, created by JONATHAN HULTÉN himself, taking visual influence from the likes of Tolkien, Tove Jansson and art nouveau illustrator Aubrey Beardsley.

Check out the video here:

I Loved You At Your Darkest marked a milestone in the history of BEHEMOTH, being not only the most successful album of the band but also an audiovisual masterpiece: From its detailed blasphemous artwork to the highly vicious and at the same time deeply emotional tracks, BEHEMOTH once again played with fire - and ignited a wildfire burning the narrow minded bigotry of Christianity down to the ground.

Last week, the band released the digital Live At Maida Vale EP with exclusive tracks that were recorded during their BBC Radio 1 Session, such as the atmospheric Wolves Ov Siberia:

Musically, this is one of the more “minimalistic songs of the album, “The Mountain” concentrates on the basics - an acoustic guitar and three harmonies” Hultén explains. “It’s one of those songs where my fascination for the simplicity of Nick Drake’s ‘Pink Moon’ is coming through, paired with my predilection for the harmony works that Kraja executes so brilliantly on ‘Hur Långt Som Helst’.”

With Chants From Another Place HULTÉN has created a deeply reflective and personal world that he invites listeners to explore within the flashes of gothic darkness interwoven into the album’s acoustic tapestry.

HULTÉN says that the album

“Will thematically take you through landscapes of ecstasy, passing mountains of death and rebirth, sailing seas of adventure, traversing wastelands of despair and forests of myth. It is an inward journey and only time can tell which places will be visited under its duration. It is a tale of spiritual death and rebirth”

The cover art for Chants From Another Place is a self-penned portrait, reflecting the melancholy found within the songs on the album and an insight into HULTÉN’s unique persona. Of his strange, beguiling look, which is part-inspired by Harry Clarke’s illustrations from ‘The Fall of the House of Usher’ and part a slow blossoming of HULTÉN’s own persona, he says that,

“Art is self-exploration. In the long run it also leads to becoming yourself more and more. The one you are supposed to be. The everyday persona and the stage persona, by the end of the day, they are one and the same. Two sides of the same multifaceted coin. My performance is a means to achieve a union between the two. I am trying to become a better person by embracing my own weirdness. My style is manifesting by itself, following the flow of the music. It is an act of surrender and spontaneity and therefore also a conquering of fear. A claim for my spirit’s freedom through a streak of consecutive movements.”

Recorded solely by HULTÉN in his studio in Stockholm, Sweden, the twelve compositions that make up Chants From Another Place were mixed by Ola Ersfjord from Cuervo Recording Service in Madrid, Spain. The album invites just one other music collaborator, the percussionist Nacho Montero on the song ‘Outskirts’.

HULTÉN will join CHELSEA WOLFE on tour, opening for her ‘Birth Of Violence’ acoustic tour in the UK & Europe in March 2020.

“The live show is focused on reproducing the mystical state of mind in which the songs themselves were created. Incense and lights that follow the music are the keys and draws you into the tranquil yet sometimes dramatic world that Chants From Another Place inhabits. Like watching a sunset; peaceful, sometimes kind of intense while also slightly psychedelic.” 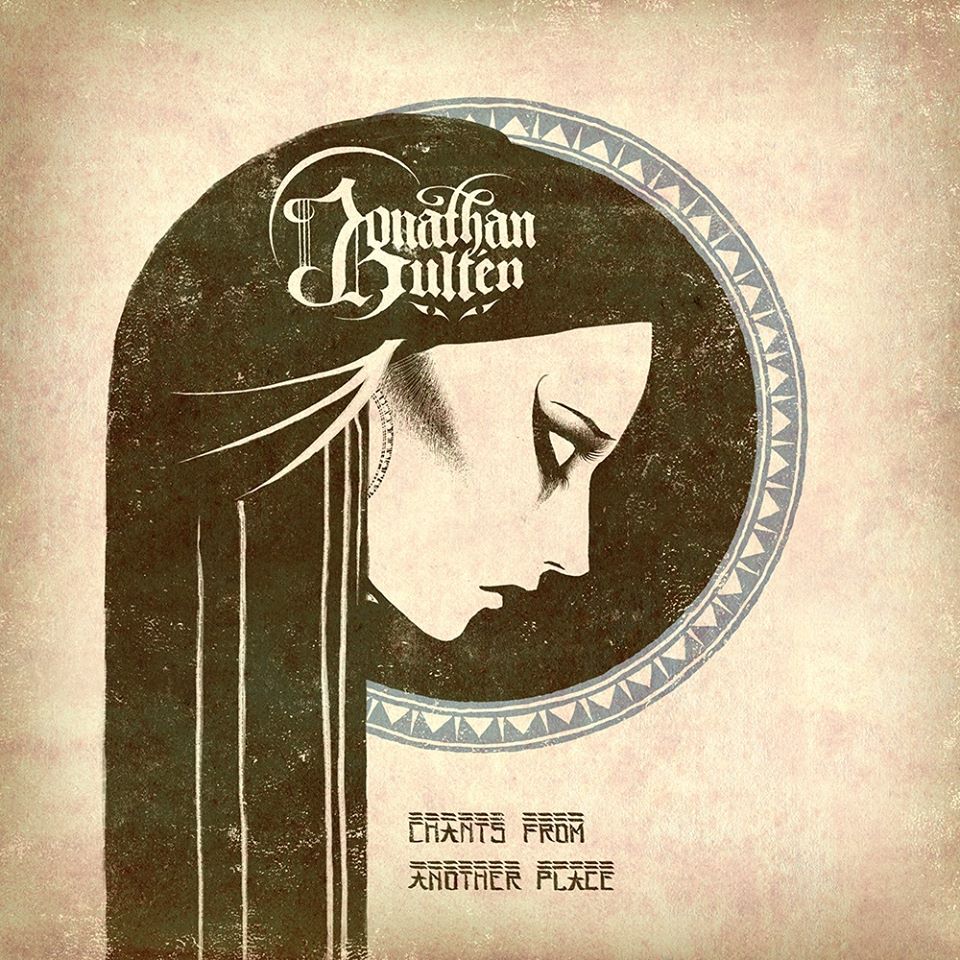