The first signs of Storm Ciara were whipping around the streets close to the Anson Rooms, the temperature chilled by the strong breeze which indicated that the weather was on the change. This didn’t prevent the hardcore Delain fans queuing around the block a good 45 minutes before doors opened. 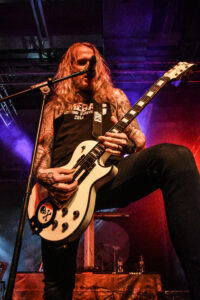 Swedes Cyhra decided to start their support set 15 minutes ahead of the advertised start time, causing consternation amongst the photographers who rushed belatedly to the pit to grab their opportunity in the first three songs. Now two albums to the good, the band which was formed by Jake E (Ex-Amaranthe) and Jesper Strömbold (Ex- In Flames) certainly don’t lack confidence. Unsurprising when the list of artists that these guys have worked with also includes Shining, Rhapsody, Annihilator and Kamelot. Their 45 minutes of hard-hitting metal laced with melody was the perfect starter for the main course. Whilst focus inevitably falls on Jake E as he traversed every inch of the stage, guitarists Euge Valovirta and Marcus Sunesson made every effort to match the step count, hamstrung only by the regular need to provide harmonies at their respective mic stands. Drummer Alex Landenburg meanwhile refused to stay seated, leaping from his stool at regular intervals to engage with his bandmates or the rapidly growing crowd.

Most of their set drawn from 2019’s ‘No Halos in Hell’, although three tracks from debut ‘Letters to Myself’ provided some balance. Cyhra rely heavily on programming to add depth to their songs, but despite s reliance on the MacBook, no detriment was noted. Whilst there was humour aplenty, Jake E found time to touch on the stigma of mental health, encouraging the audience to give each other a hug before ‘Battle from Within.’ Cyhra were clearly enjoying themselves, wearing wide grins and thumbs up to the crowd throughout. A healthy number gathered in front of the stage appeared familiar with the band’s material, which included some rather enjoyable participation during final track ‘Out of My Life.’ Obligatory crowd shot taken, Cyhra departed to a richly deserved ovation and the eternal promise to return soon.

Few bands have been as consistently good in the live arena in recent times as Delain. Their 2016 ‘Moonbathers’ tour was impressive, comfortably outshining their support acts which included Evergrey. Tonight, they were imperious, roared on by a partisan crowd who were clearly in the mood to extract every drop of excitement from the evening. Down to a five-piece after the departure of rhythm guitarist Merel Bechtold, Delain have beefed up their sound both on record and also live. At times they were ear splittingly heavy, such as the bombastic opener ‘Burning Bridges’ but also able to tone it right down during ballad ‘Ghost Heart House’, one of three tracks accompanied by electric cello. 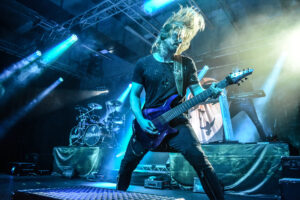 New album ‘Apocalypse & Chill’ may have only been released the day before, but such is the devotion of the band’s fan base that the seven songs from it were greeted like long-time favourites, many in the front row already familiar with the lyrics. The new tracks blended neatly with a set that spanned the band’s entire career, from 2006’s ‘Lucidity’ through to five selected from the 2016 ‘Moonbathers’ release. Such is the band’s quality that they were also able to recover from a dip in energy during the rather dull duel solo slot of Somers and De Boer and the instrumental ‘Combustion’, the only track from ‘Apocalypse & Chill’ that struggled.

Delain have invested substantially into their stage show, with drummer Joey de Boer and keyboardist Martijn Westerholt elevated on platforms high above the stage and a solid lightshow which bathed the entire band in reach streams of pink, green and blue hues. Rather than detract it enhanced it, with vocalist Charlotte Wessels, guitarist Timo Somers and bassist Otto Schimmelpennick Van der Oije immersed in subtle spotlights. Of course, it’s Wessels who remains the central figure, her red hair tossed from side to side as she headbanged along to their early part of the set. Underrated against the bigger hitters in the genre, I’d prefer to listen to Wessels wider range any day. A humble and endearing display of gratitude throughout was exemplified by the five-minute ovation the band received before the climax of the evening in ‘We Are the Others’. They may not be the arena size giants that their two counterparts have morphed into, but having seen all three in recent years it would be Delain that would have me returning time and again. 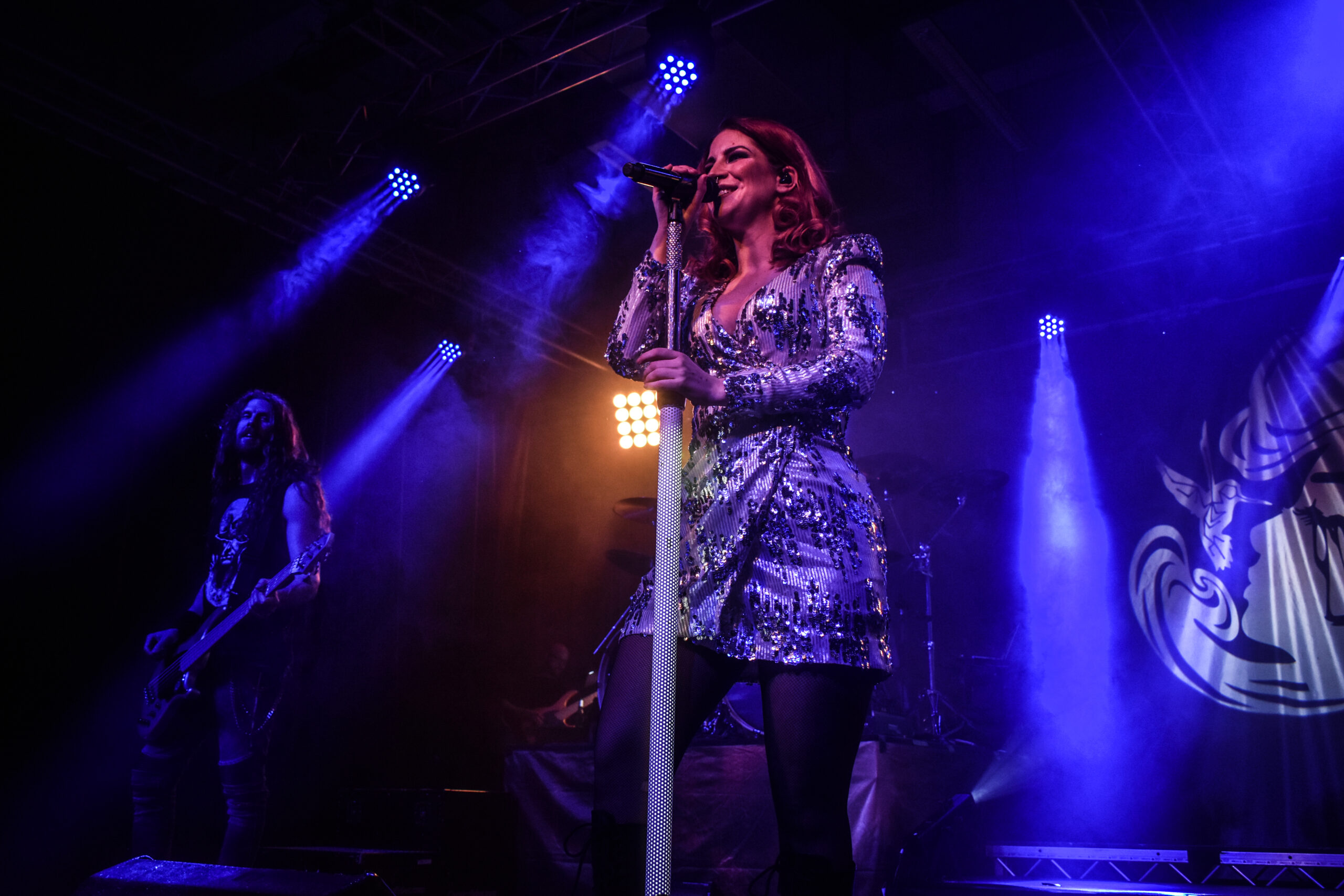