Are you ready for a rooting tooting time with Gotthard, Switzerland’s hardest rocking band? You want a good time? You want to party? reach for this album and rock like its 1987. Then put on your Jack Daniels t-shirt with the arms cut off, put on your cowboy boots take Appetite for Destruction off the turn table and reach for this bad boy.

I’m being a bit sarcastic. But in some ways not. I strongly believe that rock music has got heavier. Even the sleaze bands have crunched up the riffs and darkened the lyrics. Gotthard have stayed the same but with modern production values. But why would they change? The bluesy, tinged rock with huge glam overtones works really well and the Swiss love them. 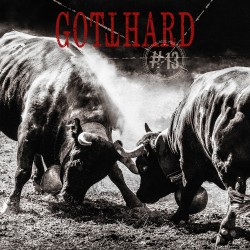 It was hard to get through for me but I’m sure at a festival like HRH Sleaze they’d go down a storm. I can’t help but feel that the biggest gig for Gotthard would be supporting Steel Panther. Time has not been kind to this genre of music.

The nail in the coffin was the fourth track in. It starts with a piano intro. Here comes the ballad I thought to myself. It started to sound vaguely familiar. [At this point I must stress that before my wedding disco, both me and my wife gave strict orders to the DJ not play any ABBA or Nickleback.] So when the vaguely familiar tune morphs into a rock version of SOS, I knew it was a sign that me and this album/band were not going to get on.

It’s hard to be objective and I’m sure it’s not as bad as I think it is if you like this style of music, (stop being condescending I can hear you shout) but it's not an album I will personally be coming back to.