A conversation between psychiatrist and client gives you some idea of the upcoming tail to be told.

The songs tell the story of Psycoberrie’s metamorphosis from infant, to killer, to asylum inmate; the tale is told vocally by Psycoberrie herself. She delivers this very eloquently with a glorious voice that is both both powerful and sharp. The music is also delivered very well with guitar player Doctor Von Stottenstien shining more on this album compared to their first. 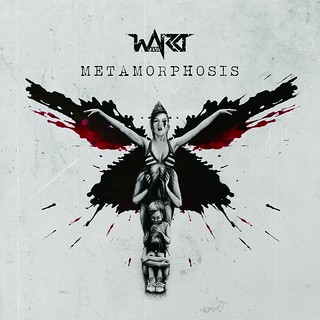 The music plays out in my mind like tiles from a comic book or graphic novel. I do not know if this was a clever intentional trick, or just the fact that a lot of the entertainment I have been recently consuming is comic book based. I guess it does not matter as the world Ward XVI intend to describe is perfect for darkly drawn illustrated master piece.

Circus style keyboards assist the theatre of the music as this has become a calling card of Ward XVI music and style in the past. The music style is rock with a wonderful story telling vibe, akin to the great Alice Cooper.

Line up changes and less stress in the writing process has encouraged a more professional, well constructed polished piece of work that tells the second chapter of our protagonist. A concept I believe the band wish to continue with. It has has a warm well produced sound to it, and contains a few guest appearances from friends including Russ Custard (Footprints in the Custard). It is not long before you can sing along with the story, while also enjoying the well crafted music and songs.

This is a well thought out stroll through the back story of Psycoberrie, with the Doctor von Stottenstien taking some of the limelight also. The story told is a dark, yet pleasing one.

'Metamorphosis' is released via Metal Rocka Recordings on September 25th.

ICYMI - Ward XVI were shipwrecked on Devil's Island a few weeks ago. Find out what happened here!