In 1995 Paradise Lost released their masterpiece ‘Draconian Times’, an album that defined them creatively and made them one of the best metal bands the UK has ever produced.

To coincide with the albums 25th anniversary Music For Nations will reissue ‘Draconian Times’ on 4th December.

Ahead of the release the band have today shared a new lyric video for ‘Enchantment’. Vocalist Nick Holmes comments,

"Thanks to everybody who has pre-ordered the 25th anniversary re-issue of Draconian Times so far. We're just over one week away from the release on December 4th. We are proud to present the lyric video for the opening track, 'Enchantment', created by the very talented Andy Pilkington. Hope you enjoy! Cheers!”

Working with Simon Efemy (Napalm Death The Wildhearts, Obituary), Paradise Lost recorded this seminal album at Surrey studio Ridge Farm, as well as Bedfordshire’s suitably gothic mansion Great Linfield Manor. ‘Draconian Times’ went on to become Paradise Lost’s most successful album to date and is often seen as the band’s defining record.
Kerrang’s Nick Ruskell who also provides exclusive liner notes in the reissue describes ‘Draconian Times’ as a ‘collection of songs that were magnificently heavy, but with a cool, gothic sheen; that were brilliantly crafted and designed to sound as sharp, effective as the best of the metal scene from which they had come, and huge as someone like U2. It pushed Paradise Lost over that parapet that separates very good underground bands from excellent mainstream metal bands.’ 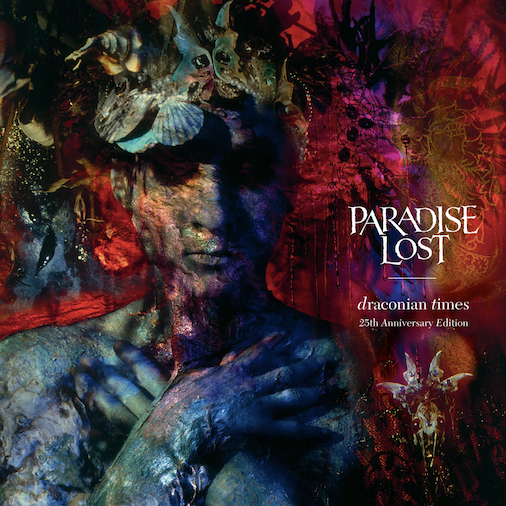