LAMB OF GOD have debuted a new live quarantine session video for the track “Routes,” featuring a guest appearance by Testament vocalist Chuck Billy. “Routes” is taken from last year’s self-titled release, which will see a deluxe version reissue this Friday, March 26, via Nuclear Blast.

It’s always an honour to be asked to perform with LAMB OF GOD, especially on this song,” says Billy, who also lent his voice to the original album version of the song. “It has such a deep meaning for me personally with my native American heritage. I’m happy Randy included me to get the message out about what is going on with Native Americans in the USA.”

Late last week, LAMB OF GOD premiered the official video for “Memento Mori (Live),” part of their upcoming Live In Richmond, VA release. The song is also available to stream on all DSPs here. The video, filmed in the band’s native Richmond, Virginia, for a September 2020 livestream, is viewable now on YouTube and the band’s website at http://lamb-of-god.com.

Live In Richmond, VA features the first of LAMB OF GOD's two ultra-successful live stream events from September, in which the band performed their critically acclaimed, self-titled album Lamb Of God in full, plus an encore of four songs including "Ruin," "Contractor," "512," and the debut live performance of "The Death Of Us," a new song the band wrote and recorded in quarantine for the Bill & Ted Face The Music movie and soundtrack. At the time, the live stream in small, 500-cap, local venue The Broadberry was described by Metal Hammer as "a storming return" and by Classic Rock as "ferociously magnificent."

“This album, and in particular, this deluxe edition is something I'm incredibly proud of,” guitarist Willie Adler previously said. “Throughout the process of writing, recording, and the subsequent filming of the live stream, I knew we were creating much more than a collection of songs. Much more than a simple streamed performance. This was focused energy. Energy that, to me, is very tangible. And now, more than ever, in an era where human interaction is so limited, art.....be it music, visual, or otherwise, is a human connection point. And we need as much of that as possible! I hope everyone enjoys this deluxe edition as much as we enjoyed creating it. Thank you.” 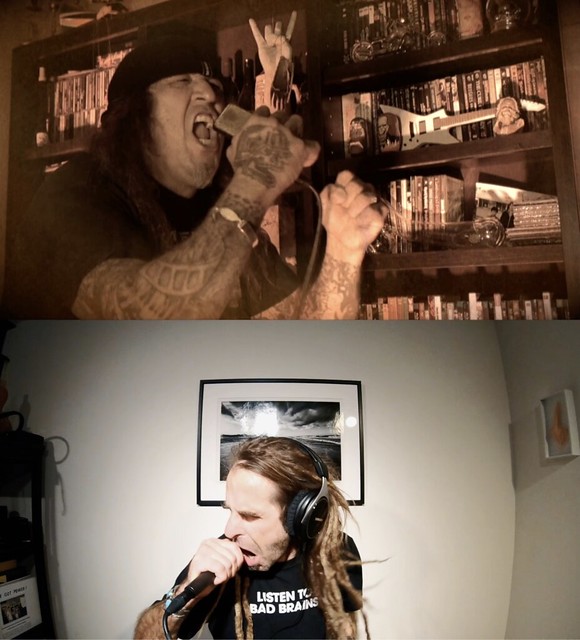