The leaders of British Metal are set to our in February 2022.

2020 was a busy year for Paradise Lost, despite the pandemic. The band released latest album, Obsidiam, to critical acclaim in June and followed it up by celebrating the 25th anniversary of all time classic, Draconian Times  in December. The latter a huge milestone for a huge album.

To follow up on the success of 2020, the band have put a post lock-down tour of the UK together for February 2022. Yes there is still a while to wait, but it will be worth it!

Along for the ride will be Portuguese metallers Moonspell, who themselves released a stunning album, Hermitage, in February of this year.

"We're looking forward to doing a full UK tour again and playing some long-awaited shows in support of 'Obsidian', and who better to bring along for some of the ride than our old friends from Portugal, Moonspell?

Thanks to you all for your continued support during these crazy times, and we hope to see you there. Until then, stay safe and stay well. Cheers, x"

“We couldn’t think of a more perfect way of getting back to touring than to join forces with the mighty Paradise Lost, a group we always looked up to and that helped ignite our very own existence as a band.” 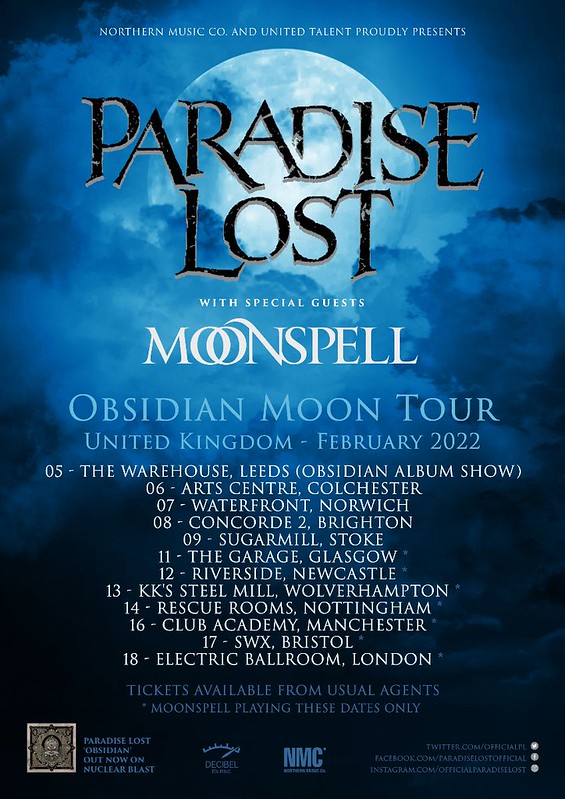