DAWN RAY’D return with Wild Fire - a two track release due for release on May 7. Featuring two versions of the same song, constructed with alternative compositions and evoking different atmospheres, Wild Fire showcases the many facets of DAWN RAY’D.

The two tracks will be self released via Bandcamp on May 7 on 7” vinyl and cassette, and digitally via Prosthetic Records. Wild Fire I is bombastic black metal at its finest, whilst Wild Fire II embraces the most folk leanings of DAWN RAY’D.

Watch the video for 'Wild Fire I' here.

Of the release, the band comments:
“For too long have we watched antisocial losers use cheap far-right shock tactics, shameful relics of the past, swastikas, dog whistles and other cowardly signifiers to which they have no claim, so as to inject a bit of life into otherwise unremarkable bands.”

“Why is it those bands, (of which we all know the names) when pressed, deny any far right leanings, hastily distance themselves from any sincere conviction, mumble apologies, insist there was some misunderstanding, or some other historical context?

Dawn Ray'd has done everything we can to make it as clear as possible what we believe, why we think the world should be better, and how we think we can get there. And one of the first jobs we have is to erase these parasites, cowards and bad actors from our communities: we are against fascism in all forms, now and forever. We make no apologies and will not concede one inch in our conviction and belief that people are good and need defending, everything for everybody, until this world is a good and fair place for everyone who is good and fair.

“Wild Fire is two versions of the same song, and I hope the lyrics ring out clear for themselves.

“Fuck all the coward bands that crumble when pressed, let’s together build the true black metal resistance!”

Wild Fire was recorded & mixed by Jason Taylor-Brown at Coastal Sounds, and then mastered by Jaime Gomez Arellano at Orgone Studios. A performance of both tracks was premiered exclusively via Roadburn Redux last month.

DAWN RAY’D are currently writing the follow up to 2019’s Behold Sedition Plainsong, with recording and release dates still to be determined. Their back catalogue, including the reissue of debut EP, A Thorn, A Blight, is available to purchase now.

Wild Fire will be released on May 7. 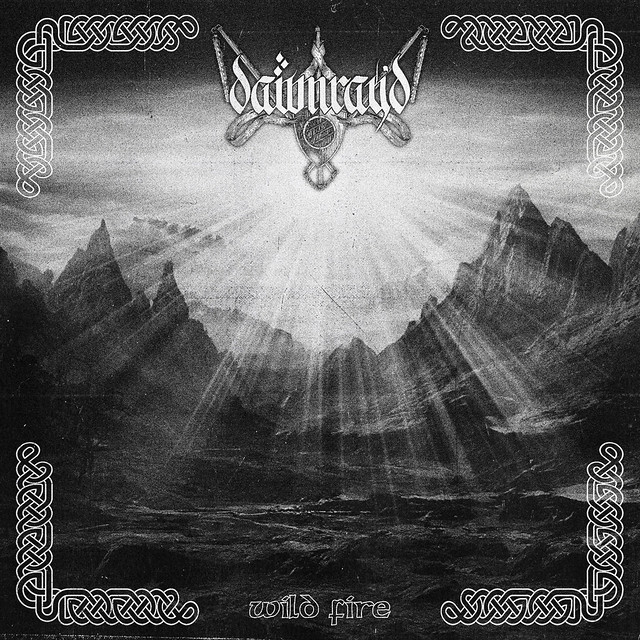