'Our Kingdom Undone' is the second full-length album from Nottingham based death metal’s Beyond Grace. The band's first album 'Seekers' was released on the other side of lock down so what has isolation done for this band?

The band has slowed down, just a tad, but noticeable that many of the riffs have a slower feel to them. The band have also incorporated a more djent type feel to their death metal. They have by no means neglected the style of their first album and the vocals are very much in a death metal style, with the exception of the spoken word parts in 'Persona Non Grata' and various samples used throughout various tracks. Putting the brakes on some of the riffs has given the album more definition than the first. The band - Andy Walmsley (vocals), Tim Yearsley (guitar), Chris Morley (guitar), Andrew Workman (bass) and Ed Gorrod (drums) - have grown together and are moving down and more experimental path with their extreme music.

All the songs have a vicious riff as a bedrock, held together by that well-renowned tech death sound. What separates Beyond Grace from the rest of the pack is the textured and layered guitar work over the top of some of the death metal riffs and the massive drops of djent that they put into each song. The album opener 'Dark Forest Doctrine' is a fine example. As the album continues it becomes apparent, on such songs as 'Fractions Speaks Louder Than Herds' that jazz plays a part in the structure and transitions. 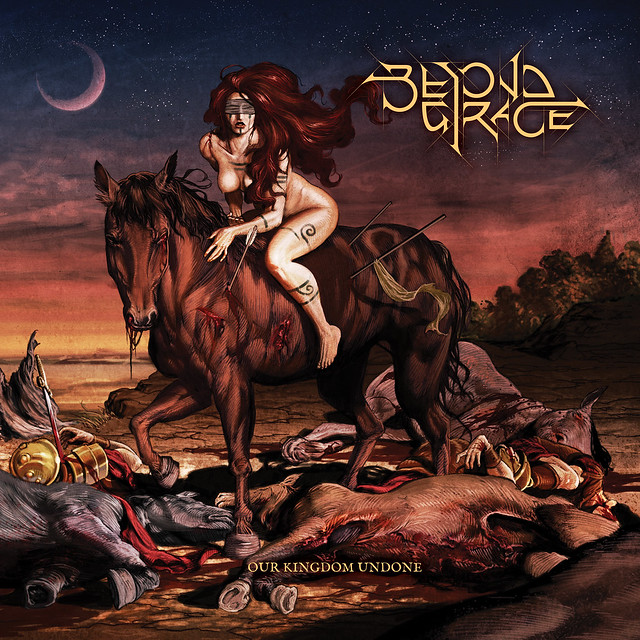 Unfortunately, it does becomes slightly predictable. A straight-up death metal song, in the style of the debut album or a full-blooded djent affair, which I believe they are more than capable of producing, would have been a welcome addition. The inevitable blast beats make an appearance, which lowered the momentum of the songs that they were present on and each time the drummer hammered them out, weakened the music for my tastes.

Slightly off kilter riffs with a tech death rhythm section over snarling vicious vocals, sound good? Is this enough to set Beyond Grace apart from the rest of the UK and worldwide death metal scene? Is Beyond Grace beyond our comprehension or have they moved and transcended beyond the genre of death metal? Give 'Our Kingdom Undone' a spin and find out for yourself.

'Our Kingdom Undone' is released via Prosthetic Records on September 3rd.