Fast, furious, and frantic, that’s the short summary of the second album by this quartet from San Diego headed up by Steven Rondina (vocals & bass). Supported by guitarists Mario Lovio and Eddie Spade and drummer Nick Mafi, this is a gloriously maniacal explosion which blends of traditional heavy metal, thrash, power metal and neoclassical shred in one flaming fireball of music.

Rondina’s ability to deliver lightning-fast enunciation, combined with the band’s delivery of razor-sharp guitar work and obscenely fast power metal structured songs isn’t going to wash with everyone but if you do like your music at 100mph then tracks such as the opening ‘Reborn’, the more balanced ‘M.A.D. (Mutually Assured Destruction)’ and the riff heavy ‘Lifehunt’ should get you interested. The latter skips between a bit of a thrashier tempo and a more traditional metal feel, kind of a souped up Accept with a decent serving of groove to keep the pace and power moving. 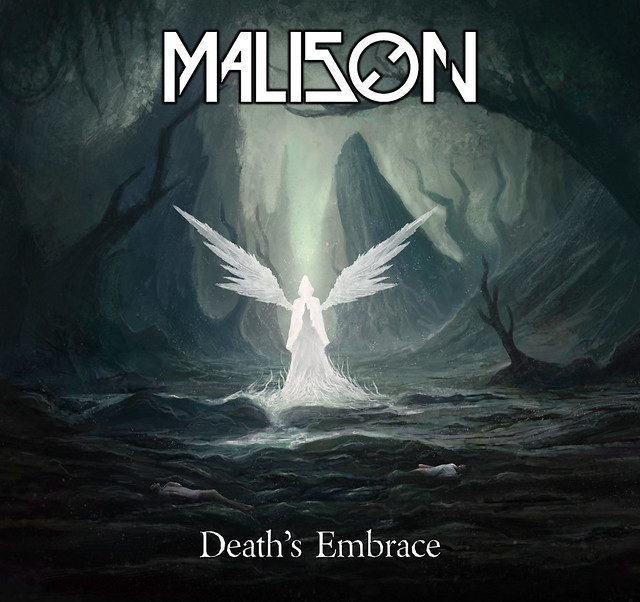 ‘Oblivion’ sees Malison divert to a calmer, gentle style with an acoustic intro which provides brief respite before the song begins its ascent into another frenetic-paced workout. At times this is athletic metal in the style of old school Raven, although Rondina’s vocals aren’t anything like that of John Gallagher, despite a similar high pitch. The Former’s control is substantially more!

There is melody and hooks galore, although the songs do at times combine into one. There are flashes of brilliance although the overall impression is of a group of gifted musicians who are still searching for that killer sound. At times the notes are more of a tsunami and overwhelm the listener. But it would be cruel to be too critical. There’s something a bit refreshing about the energy and vibrancy that Malison bring to the table. They may be searching for that sound, but the music that they have created so far isn’t bad by any means and the potential and talent is evident throughout the album. One to keep an ear out for, that’s for sure.