Standing watching three vibrant young bands throwing themselves around a very small stage is a real reminder of your own mortality. The three bands in question were Cuffs, IDESTROY and Mother Vulture, the venue the premier rock and metal bar in South Wales, Fuel in Cardiff’s Womanby Street and the event, the conclusion of Mother Vulture’s hastily put together 14 dates UK tour as part of the #Revivelive promotion, funded by the National Lottery and the Music Venue Trust as a way of returning music to grassroots venues across the country. You can find out more here.

A sunny evening in Cardiff saw a quick interview with the headliners completed and a lot of fun was had by all. Time to grab a pizza before heading back to Fuel and first band Cuffs. Now, I knew nothing about this four-piece but as we soon discovered, they, like the others playing were from Bristol, a real across the bridge invasion of the Welsh Capital.
Cuffs were challenged by Fuel’s notoriously fickle sound but that didn’t stop the rage fuelled angst of the band. Furious punk anthems spat out with a venom that could only mean they meant it. Frontman and vocalist Brodie Morgans (a proud Welshman no less) was full of energy, his in between commentary slightly inaudible but cheered on by some feverishly passionate supporters. Songs that called out abuse of women in music venues, ‘You Make Me Sick’, and the bludgeoning ‘Cash Cow’ were amongst a feast of social commentary and frustration that channelled hardcore punk with attitude that doesn’t stop. Will Kenneth’s slight unravelling as he careered off the stage and into the audience was a joy, as was the heavy riffing of Matthew Cook and the solid and feisty backbeat laid down by Lewis Harwood. Whilst Cuffs aren’t something I’d usually listen to; in the live arena they are intense and deserved the ovation at the end of their set.

If the room was still calming down after Cuffs, there was no way it was going to stay in a relaxed state for long with the raging party punk of IDESTROY whose sheer power blew a metaphorical hole in the roof. Ideally placed on this bill, the trio of Bec Jevons (guitar and vocals), drummer Jen Hills and hyperactive bassist/backing vocalist Nicola Wilton-Baker were addictive to watch as they blasted through a set which comprised mainly tracks from their debut album ‘We Are the Girls’. As the crowd roared on their approval, so the trio became more animated. IDESTROY are another band that as a metalhead I’d rarely listen to on CD but live, they were captivating. And Mrs H loved them! 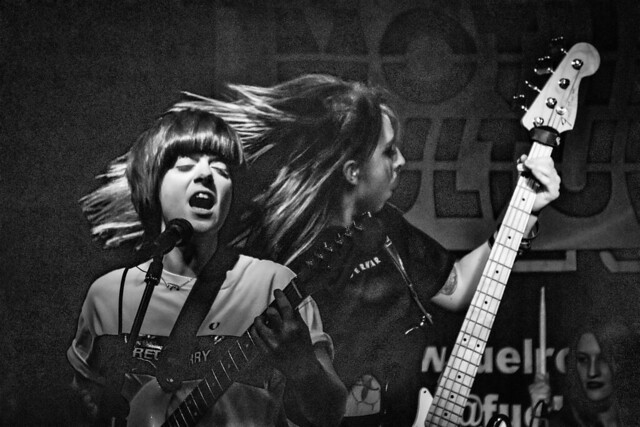 Captivating is a word I’d happily use to describe Mother Vulture. In fact, astonishing, refreshing, and unique are also on the list. Happily, the band were back to full strength since my last encounter with them at The Yard in Cornwall at the end of July, although all of the band had been struck down with Covid 19 since then, which had caused them to withdraw from Bloodstock.

If there is a band who need their energy banks set at full then it’s this quartet. As I’ve written before, this a group who clearly cannot sit still. Such is the energy that they exude, you’d wonder why no-one is trying to tap into it as a future energy source. Their set flew by, with guitarist Brodie Maguire climbing the speakers, hurling himself around the floor like a toddler in the sweet aisle in the supermarket and generally egging on bassist Chris Simpson who followed suit and flew all around the pit area. Underneath all the mayhem lies a band with some genuinely great songs, and they are becoming more and more like old friends on each showing. By the time Georgi Valentine screamed “Mr Jones” which signalled the final song and their set closer, the curious had edged forward whilst the converted were soaking wet from sweat – whose sweat is another question!

So, a fantastic evening and for £6 a ticket which allowed you to take someone in for free, great value for money. Why the venue wasn’t full bemused me. All three bands have clout, with my money on Mother Vulture to be playing bigger venues than these in the near future. 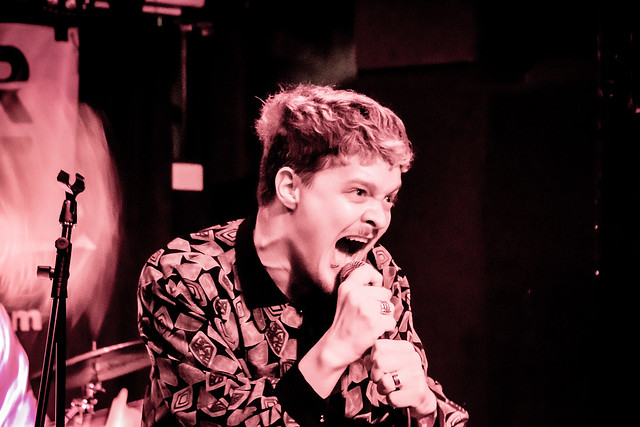