Following the release of their top 10 album House of Noise in 2020, the Lancastrian anthemic five piece can now bring the album to life on the road.

Forced to stay put due to COVID-19, the British five-piece is ready to showcase the critically acclaimed record with 12 incredible headline dates across the country accompanied by special guest Chris Catalyst. The tour will kick off on 9thth September in Tunbridge Wells and will end on 25th September in Glasgow. All tickets can be purchased here.

With years of experience & road miles under their belt, Massive Wagons are one of the best British live acts in the current music scene, always delivering head-banging, foot stomping, rock fuelled shows, thanks to a strong musicianship and to lead singer Baz’s flamboyant persona. These shows promise to be all this and more …. A return to music as we know it.

Baz Comments 'This September's 'House Of Noise' tour I believe will be the most important set of dates we have ever played, for the band, for music fans, for our crew and our families, it signifies the long awaited movement of live music for Massive Wagons, the chance to play songs from an album released during a period when they couldn’t be played, the chance to celebrate again with our awesome fans and a chance to push the band forward, this tour I think could really make or break this band, bring it on’ 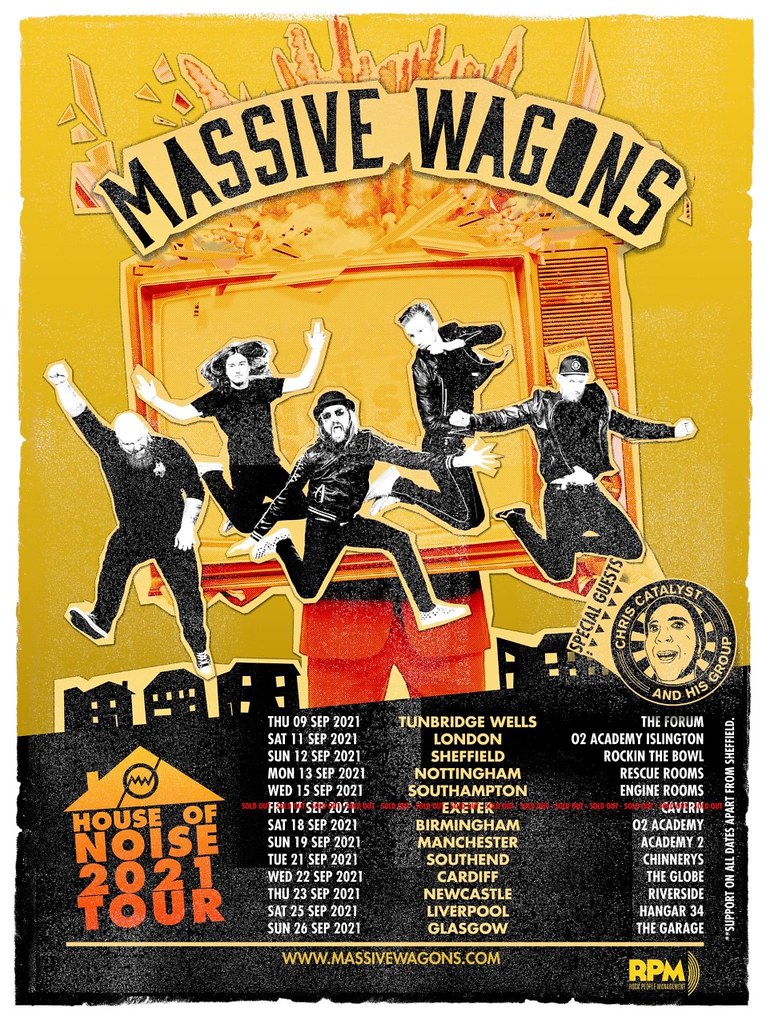