The American Frontier, the wild west if like, has always interested me, from tales of the gold rush, to western movies and of course the now classic Deadwood TV series it was a time of great change and expansion in American history. So when a band appears classifying themselves as “death western” melding that traditional death metal style with the intensity of the American wild west, it peaked my interest.

The bands debut album ‘Pagan Rhythms’ lands somewhere south of heaven in the western world. A sample introduction talks of Paganism as the Devil’s religion and as soon as the opening riff kicks in, the listener is under no illusion where they are about to be transported. The band exhume riffs that would not be out of place on a Slayer record and add a hint of additional brutality into a wall of sound like no other I have heard this year.

There are hints of Swedish death metal influence in the tones of songs like ‘The Bringer of Light’ and ‘Unholy Passages’. This is no bad thing; in fact it adds depth to an already varied and aggressive sound base. At no point on the album does the battering ram of noise let up, but the band mould that sound on each track to be individual enough to stand out whilst retaining their distinct flavour. 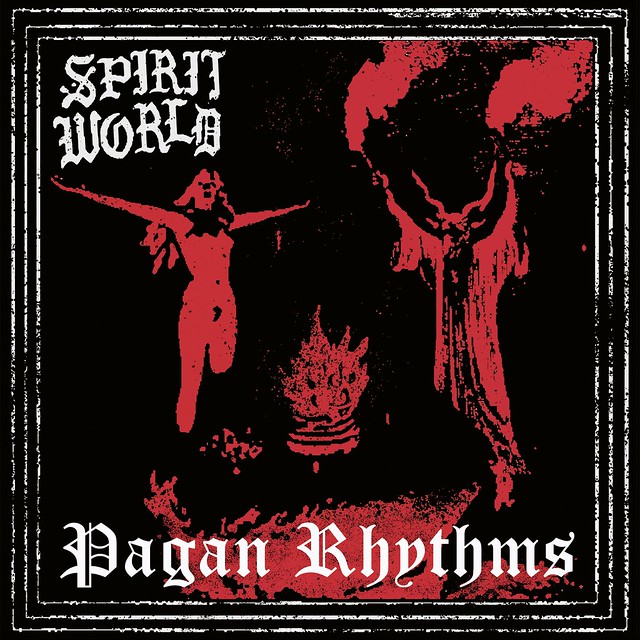 ‘Night Terrors’ switches it up, a squealing ferocious guitar thrusts us forth into another onslaught of musical extremities and ‘The Demon Storm’ slowing the pace a little, but keeping the intensity levels high.

Whilst not a concept album in the true sense of thew word, however the theming running through the recording is a constant, that combines with the brutality of the music keeps the listener engaged and on the edge of their seat, not knowing what is coming next.

As we reach the end of the year Spiritworld have come out of nowhere and unleashed a genuine contender for album of the year.