Unlike most albums, there is no gentle introduction to ‘Omens’. Lamb of God do not “set the scene”, they do not ease the listener in, the opening note is a smack to the face the continues for the next hour if you chose to continue.

In October 2022 Lamb of God make their return. A soul crushingly brutal headline performance at Bloodstock Festival over the summer is followed up by the release of ‘Omens’ the bands ninth studio album of their twenty two year career.

Never one to keep his opinion on the state of the world to himself, Randy Blythe has lyrically written an album that covers his own inner struggles whilst also being soaked in his hatred of current state of affairs. If you, as many of us do, also see the world as Randy does, this album will resonate strongly with you. As Randy states himself "The last record was thematically driven; really, this one is just a response to the screwed-up world we live in." 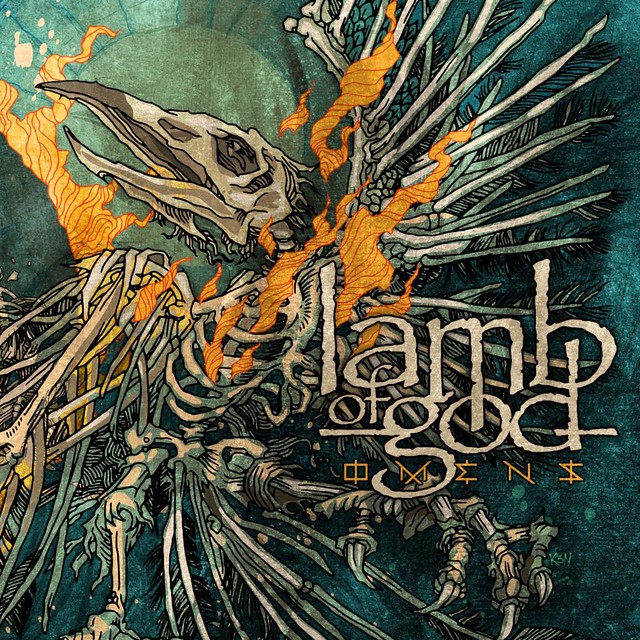 On top of the lyrical fortitude that Blythe has put together, the band as a whole have written an album of savage physical violence. From the aforementioned openings notes of ‘Nevermore’ through album title track ‘Omens’ and onwards to the last notes of closer ‘September Song’ this record does not let up. The pace, the sheer battery that they deliver, it just never slows down.

Tracks like ‘Ditch’ and ‘Ill Designs’ stand out, Blythe’s message on point and driven home by Morton’s ferocious riffs and Art Cruz’s humongous drum sound. The overall production on this album sounds huge, it consumes the listener, enveloping them in the fury the band are happy to portray.

Twenty two years in Lamb of God deliver as powerful an album in 2022 as they did in 2000. Roll on their December UK tour!