When the first chords struck on the opener ‘Blood Moon’, my first reaction was - oh no not another Maiden clone! But fear not, dear reader, the second full-length album from New York’s Tower, is certainly flavoured with Steve Harris and Adrian Smith riffs, but they forge their own identity pretty quickly. The rest of the song highlights the strengths of the band - singer Sarabeth Linden’s soaring vocals, some lovely intertwined guitar work from James Danzo and Zak Penley and a strong rhythm section of drummer James Jones and bassist Jeff Filmer. Fast, heavy and catchy as hell, ‘Blood Moon’ is a fine start.

‘Prince of Darkness’ slows the pace down with a far more doom-laden and 80’s feel. The structure is traditional - slow start giving way to faster middle with solos before returning to the opening riff, and while not quite as good as the opener, show that the band has a varied style. A lovely bass-heavy opening kicks off instrumental ‘Metatron’ before the pace picks up and the fantastic chugging takes us to ‘Running Out of Time’. A basic catchy riff provides the backdrop for some excellent vocals from Linden who really does have a fantastic voice, both in terms of range and power. A song steeped in 70’s rock with a nice swing.

‘Lay Down The Law’ has some great emotion built in during the soft start, and builds to a rousing end with some super guitar work. This reminded me of a lot of classic 80’s metal by bands like Accept and Judas Priest especially in the solos.

The album which has been superb so far, does have a little dip in the middle. ‘Hired Gun’ and ‘The Black Rose’ are fine tracks but for me, don’t quite maintain the quality in the first half of the album. They are both pretty generic rockers, and while there is nothing wrong with either, and I wouldn’t skip either, they just aren’t memorable. 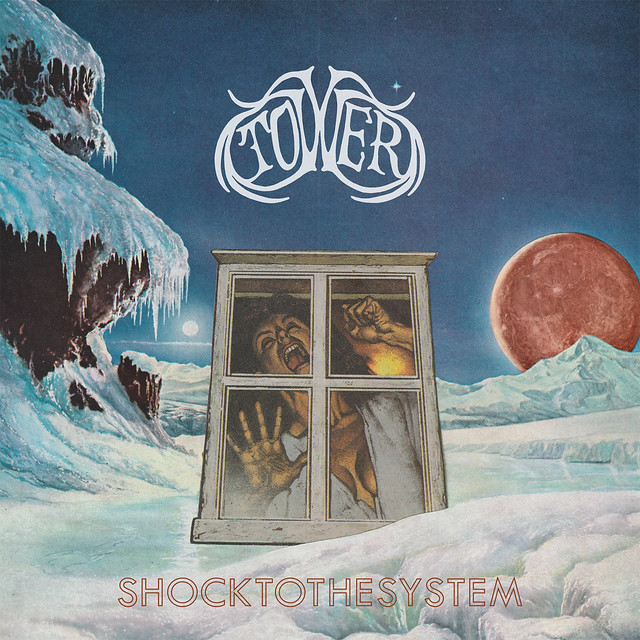 Fortunately during ‘On The Line’, Tower channel that Maiden riff to the full and this is a little cracker. Clocking in at just under 3 minutes, it eschews the normal solo section, replacing it with a driving change of beat. A very interesting choice as it feels like there should be a solo but the listener is left hanging, and one I enjoyed.

The longest song on the album at just under 7 minutes (positively brief by today's classic metal standards!),‘In Dreams’ is straight out of the trad metal playbook. An up tempo start, chorus, solo, slow instrumental section, second solo, before returning to the original riff to close. It’s like a cozy comfort blanket for us grizzled old metalheads who grew up in the 80’s. Tower does a cracking job of the format - a strong riff and solos, an atmospheric middle and great performances all round make this a highlight.

‘Powder Keg’ closes proceedings and a ballsy little number it is too - ballsy and full of attitude and gang vocals. Similar to ‘On The Line’ but with a sparkling solo, this is an outstanding way to finish.

Tower was a new band to me when I got hold of this album, and if nothing else I now I want to hear more. Half-written as the pandemic struck the world, ‘Shock To The System’ is a fine example of modern traditional metal, written and performed by talented people who clearly love metal and love playing metal. The influences are there - it’s near impossible these days to create original music, but Tower have put their own style down on record and produced a fine album. The performances throughout are fantastic and all of the members complement each other really well.

The songs on this slab will sound brilliant live and here’s hoping that as normality (hopefully) returns, Tower’s reach and influence grows as much as they deserve.