Norwegian noiseniks KVELERTAK have confirmed the new dates for their rescheduled European tour, postponed from 2020 due to the pandemic. The extensive 43-show tour will take place January - March 2022. Joining them on select dates will be Planet Of Zeus, Blood Command, and Astro Saur. Tickets are on sale now for all dates.

Planet Of Zeus and Blood Command will join KVELERTAK for all UK shows, which line up as follows:

The full European run and respective supporting line-up can be seen in the tour poster below.

Earlier this year, the group immortalised their latest album 'Splid' in video game form and beyond, releasing Game Of Doom. The game takes fans and singer Ivar Nikolaisen on an epic quest through a retro-style maze where they are tasked with finding the other band members, as well as defeating the ghost of Tagholdt, who haunts a local museum and is a character from the song 'Fanden ta dette hull!' The band said at the time, "Your favourite superheroes are finally back — in a game where you can swing a REAL axe!" Watch the game trailer here.

In addition to Game Of Doom, the band dropped the 'Splid: Game Of Doom' EP, which features four 8-bit versions of songs from 'Splid' that you can hear throughout the game. Get the EP here. The game is available here for Apple users and here for Android users.
Fourth studio album 'Splid' was the first from KVELERTAK since 2016's 'Nattesferd' and the recorded debut of their new singer, Ivar Nikolaisen, who joined the group in 2018. The album was recorded with Kurt Ballou. Upon its early 2020 release, 'Splid' debuted at No. #1 in the band's native Norway. The album was featured on many year-end "Best Of" lists from top tastemaker and rock media outlets. 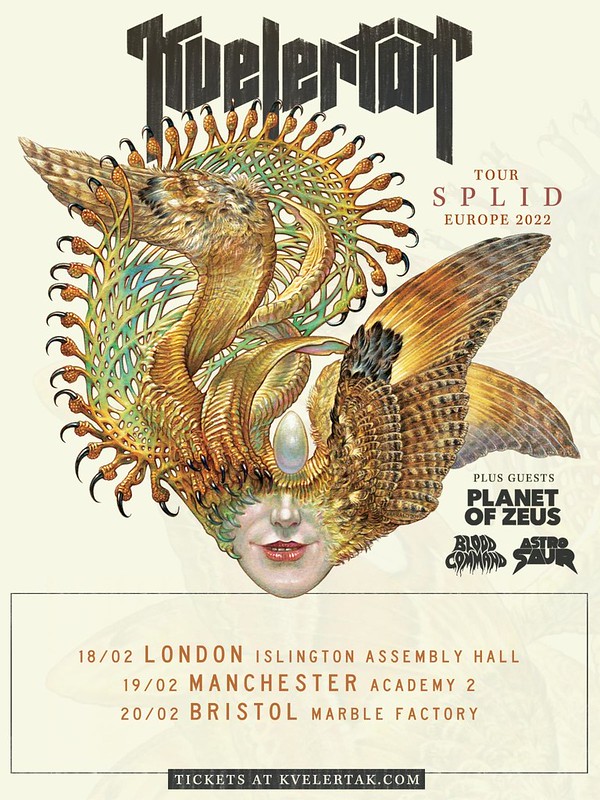