Over the last 10-15 years the California death metal scene has been well known for supplying continuous slabs of technical death metal. GoreSkinCoffin who have been a part of the California scene since 2011 are an exception. GoreSkincoffin provide death metal fans with the more raw traditional death metal sound as an alternative to the surgically clean tech sound that we are more accustomed to. The 5 piece will see January 2022 being the time to unleash their new record Release My Suffering.

As mentioned in the opening GoreSkinCoffin plays a very raw sounding form of death metal, and with Release My Suffering you will find a record stripped down of its finesse to provide a grinding death metal assault full of power and energy. Through Release My Suffering GoreSkinCoffin includes a strong black metal influence within its tracks, the vocals of Cody Winter bellow through each track and they would not feel out of place featured on a dark and cold sounding black metal record. 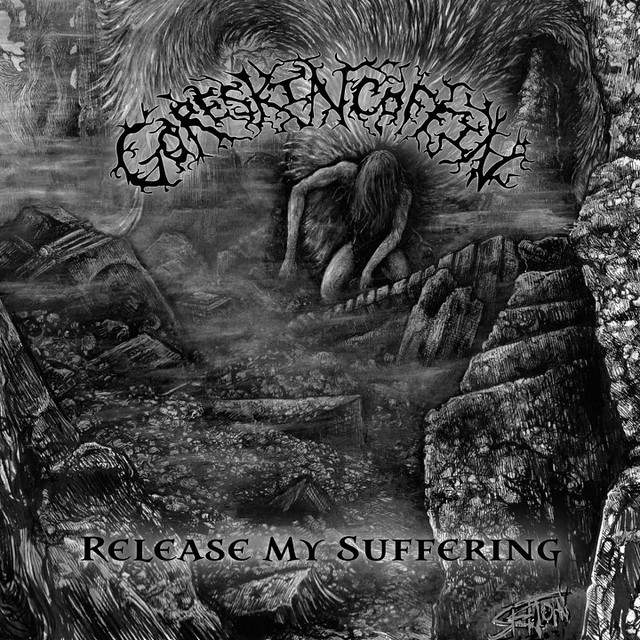 The dark blackened sound also finds its way into the riffing found through the record giving some extra depth to the bands traditional old school grindy death metal sound. This is also combined along with the use of keys and more orchestral musical arrangements in places. The kick drums power through each track giving Release My Suffering the bulk of its fierce and raw ferocity. I do feel that the drums could have been a tad higher in the final mix in order to really capture more of that power but that is a personal preference and does not make GoreSkinCoffins output any less enjoyable.

If it’s raw, straight up classic sounding death metal that you want, then this record will do the trick for you. Release My Suffering is not the most imaginative record, however this does not mean it comes across as dull or boring either. GoreSkinCoffin offers up 7 tracks of good honest sounding, no frills death metal which there still is a place for and as long as it is still performed competently and with honesty this will continue to be the case as far as I am concerned.