SLASH FT. MYLES KENNEDY & THE CONSPIRATORS have released new song “Call Off The Dogs,” from their upcoming album titled 4, which is due out February 11, 2022, on Gibson Records, in partnership with BMG.

The new song follows the first single “The River Is Rising,” the fastest-rising radio debut of SLASH’s career cracking the Top 20 at Rock Radio at #13 this week and climbing. A decade and four albums into their career, the new album 4 marks the first new music from the group in four years. A vibrant rock album fueled by memorable guitar hooks and compelling melodies, big choruses, and even bigger riffs; 4 builds on the legacy of SLASH FT. MYLES KENNEDY & THE CONSPIRATORS’ prior work.

Listen to 'Call Off The Dogs' here.

SLASH describes the new song “Call Off The Dogs,”

“This one was written pretty much on the fly, and in the spirit of the energy of the whole album 4. You can’t overthink something like this song, because it kills the spirit. When we got into pre-production, ‘Call Off The Dogs’ came together fairly quickly – just jam it and that's basically it. And it was probably the last thing that we recorded in the studio.”

“’Call Off The Dogs’ has that up-tempo vibe that helps elevate a record in a lot of ways, especially for rock fans. They want those songs. We needed a chorus section for it, so I messed with it a bit and sent it to Slash, and he took it to the next level and made it his own. Lyrically, it’s about that point where you wave the white flag and give in to someone after being pursued relentlessly.” 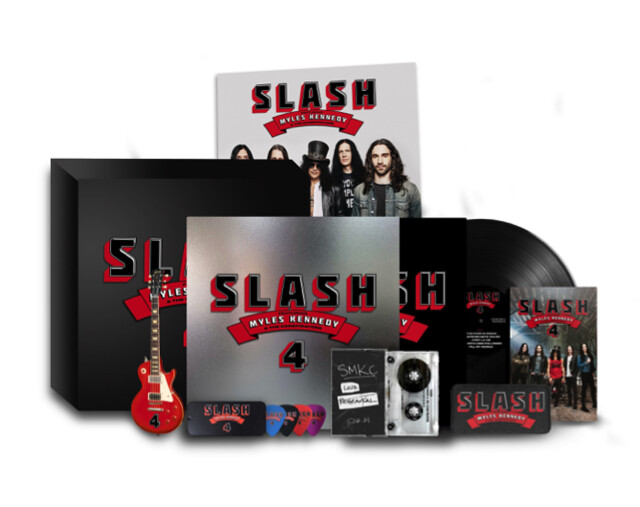