UK Tech-Fest returns in 2022 promising its biggest ever line-up, announcing prog giants God Is an Astronaut and The Ocean plus a further 49 bands, who will play at the Newark Showground on 30th June - 4rd July.

Early bird tickets are priced at £69.99 + £20 camping, which will be available until the next band announcement. Tickets purchased for the 2020 & 2021 events are still valid.

This announcement follows the release of Impressions II, the official UK Tech-Fest documentary. Released over the weekend UK Tech-Fest 2021 was scheduled, it's a celebration of the vibrant UK tech-metal scene, and the festival that has become the summer highlight for many music fans. 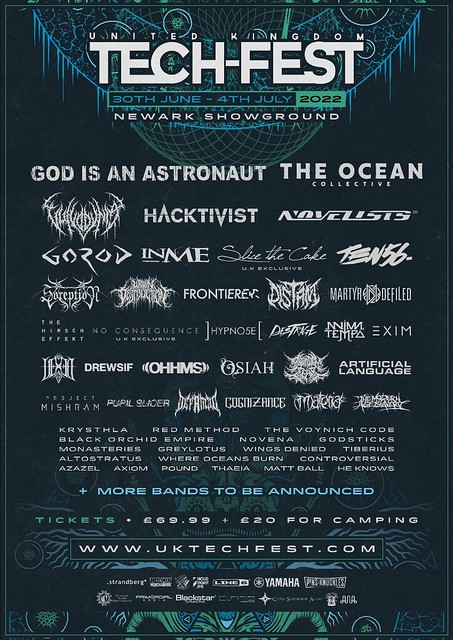