Probably lesser known than many European thrash outfits, Dutch band Dead Head has been in existence for over 30 years. Formed in 1989, with their first release ‘The Feast Begins at Dawn’ arriving in 1991. Two more albums followed before quite a gap in output. In 2005 the fourth album ‘Haatland’ was released with the line-up of Tom Van Dijk on vocals and bass, guitarists Ronnie vanderwey and Robbie Woning and drummer Hans Spijker. Three of the line-up remain with the band today, with Van Dijk leaving the band in 2021.

Hampered by poor distribution at the time, the decision to reissue ‘Haatland’ is a wise one, opening the band to a potential new audience just in time for their new release, ‘Slave Driver’, which is due out in late April.

This release comes with several bonus tracks and demos which make for a decent collector’s edition. The album itself is 43 minutes of raging thrash metal, with some frenetic riffs, piercing guitar solos and the type of diseased vocals one wants with your thrash. It’s harsh, aggressive, and ferociously played.

The lynch pin here is the combination of Spijker’s powerful drumming and the maniacal vocal delivery of Van Dijk, who veers between insanity and craziness in one curled up ball of madness. Starting with the blistering pace of ‘Faust II’, it’s clear that Dead Head’s formula is intense, bruising and blisteringly fast thrash in a style that could just as easily be 1986, such is the rawness in delivery. 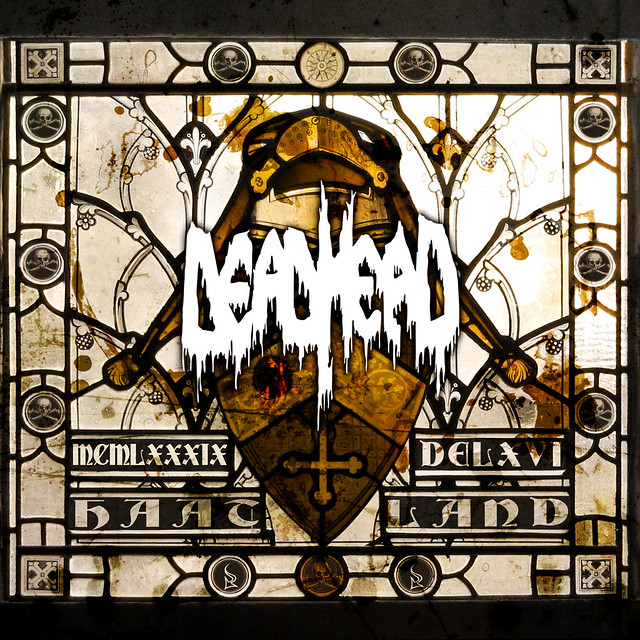 ‘Montana’ is just as explosive, leading to more punishment whilst the likes of ‘Phantom Palace’ sees the pace intensify even more. The vocals snarl, the battery relentless and at times the boundaries between thrash and death blur. Dead Head are also able to slow the pace, bringing the chugging, more measured approach with good effect on ‘Serial Divorce’, although this no slow-paced ballad, as the song erupts in the second part to once more scream and rage at high speed.

Underneath all the frantic riffage, Dead Head manage to carve out a soupcon of melody, which isn’t always apparent, lurking as it does below the surface. But the songs, despite their violent style are well crafted and delivered with passion and energy. There is a traditional thrash feel to the songs and the European stamp, which was forged by the leading lights like Kreator, Destruction and Sodom is evident throughout. It’s an album made on this side of the pond, the production less polished yet perfectly pitched for the band’s sound, with more dirt under the fingernails than one might get on some of the higher production quality of the US thrash behemoths.

With a powerful energy from start to finish, the album concludes with a triumvirate of blistering tracks, including the unyielding assault of ‘Dog God’ which is designed to get you pitting wherever you are. This is an album of genuine thrash goodness, drawing deep on influences from across the globe. It may be that this reissue will prove to be timely, and pique the interest in time for the new record later this year.