There’s probably not a more aptly titled band than As the World Dies now, although this is not a new outfit formed to reflect the state of the globe that we inhabit. Initially a project started by Scott Fairfax and Chris McGrath over 20 years ago, it’s been Fairfax who has subsequently maintained the ideas, crafted, and developed the arrangements which have now morphed into the debut album ‘Agonist’. A two-record deal with Transcending Obscurity and confirmation of the band’s line-up means that in a year when we’ve already had some stellar death metal releases, there is another contender for a seat at the top table.

The eagle eyed may have spotted the band in the New Blood Stage at Bloodstock Festival last year or supporting Memoriam in their warmup gig for the same event. No surprise, given Fairfax’s links. Alongside Fairfax and McGrath, Pemphigoid’s Bill Richmond and Ash Cotterill have now taken up bass and guitar duties respectively whilst the vocals are in the capable hands (or should that be throat?) of Jay Price. With the addition of some heavyweight collaborations with Karl Willetts (Memoriam), Gustaf Jorde (Evocation, Defleshed), Kam Lee (Massacre), Dave Ingram (Benediction) and Janneke De Rooy (Paper Doll Decay, Alter) this is a line-up that demands attention.

It’s an album of contrasts, variation and changes in tempo and style. The core of the sound is solid, bruising death metal with everything you’d expect. Screaming vocals that switch between agonising howls, gut wrenching roars and low guttural growls, concrete shattering riffs and a rhythm section that locks in tight, bringing with it a rumble so low that Satan’s bowels are surely uncomfortable right now. But there’s much more to the album than simply old school death metal. We have so much of that today. ‘Agonist’ stands apart simply due to the quality and originality of the compositions. 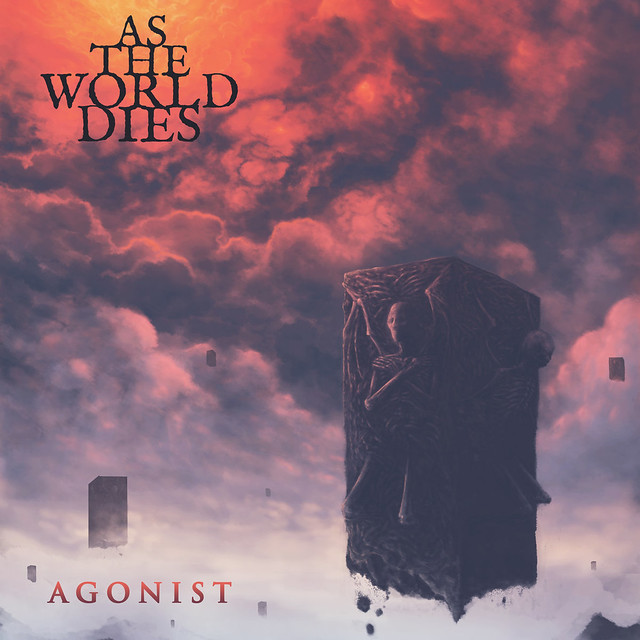 Using samples, effects, and snippets of commentary, the album builds with the electronica intro of ‘Annulment’, a sci-fi tinged intro that sets the atmosphere for the whole album. The themes are harrowing, desolation, devastation, and world destruction. It’s unsurprising then that the titles include ‘Dawn of Terror’, ‘Save the Earth’ and ‘Thin Out the Herd’. Apocalyptic soundscapes abound, chilling reminders of where we are, and perhaps a little prophetic from Fairfax, given that the album has evolved over two decades rather than being a reaction merely to current events.

The collaboration with Ingram is an album highlight, with the song lyrically based on the Shakespeare work. It’s a ferocious song, with a stellar vocal performance, containing enough enunciation to interpret the words without losing an ounce of the skull bashing heaviness. It’s the changes from darkness to light that make this track and the songs on the album stand ahead of the herd. The tempo adjusts to a suffocatingly slow pace, intense and heavy. The tension remains, high. It’s incredibly powerful, and refreshingly different. Another Sci-Fi intro for ‘Day of Reckoning’ touches on the kind of pace that Killing Joke would favour before opening into a monstrous chugging beast. It’s this ability to change direction that impresses so much. There’s much to unpick, intertwined as many of the songs are. ‘Thin Out the Herd’ is a blistering full on face melter, the unrelenting barrage racing over an addictive and delicious groove.

Having recorded all instruments himself, Fairfax also deserves credit for the quality not only of the musicianship but the production which he also performed. The sound captures a fresh approach to death metal whilst retaining the old school vibrance that is so necessary. It’s a record that will get many plays throughout this year and deservedly so.