2020 and 2021 was the era of the live stream. With all touring suspended bands used the live stream as a way to reach out and perform to an audience albeit a global audience sat watching the performance through their TV screen, laptop, tablet or smartphone. Whilst it could not replicate the experience of seeing a band perform live in the flesh it was a worthy substitute and better than nothing at all. Now that live music is back in all its glory it seems that the time of the live stream has come to an end but many bands are releasing their live stream performances to enable those who missed the original broadcast to witness the performance and also earn a bit of lost income back.

Danish progressive metal giants VOLA performed a live stream back in September 2021 and unlike the majority of acts who performed in either a rehearsal space or an empty club or concert hall, VOLA decided to do something a little bit different and performed in the abandoned swimming pool at the former Auderød military camp in North Zealand near Copenhagen, Denmark. It is certainly an impressive venue for a live performance being a decaying building full of crumbling concrete and slowly being reclaimed by nature. There are an array of lighting rigs set up around the venue providing impressive lighting effects and illuminating the band from many different angles. 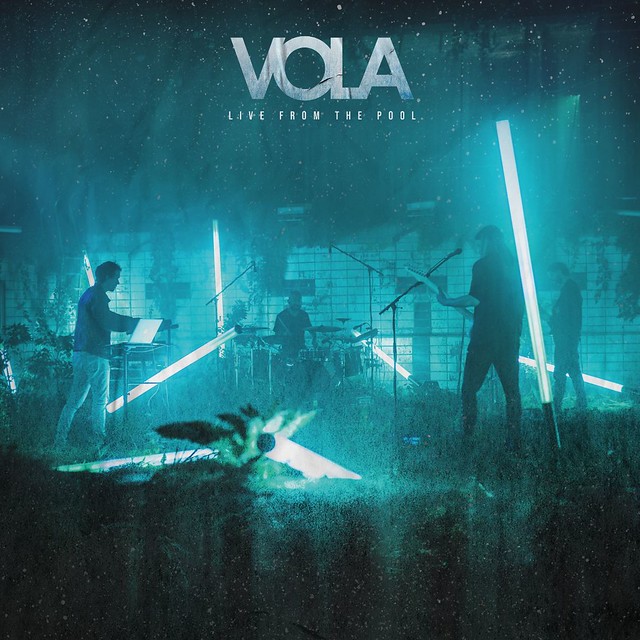 It also provides excellent acoustics as this live CD/DVD sounds absolutely fantastic. The majority of the performance is drawn from the last two albums by the band - 2021’s Witness and 2018’s Applause From A Distant Crowd - and a setlist which comprises heavier and lighter songs with the light and shade of the music fitting well with the decay and nature of the surroundings. On the lighter side you have the gorgeous 24 Light Years, Ruby Pool, Ghosts and a gorgeous stripped back rendition of Gutter Moon whilst on the heavier side of things you have Head Mounted Sideways, Straight Lines, These Black Claws, Smartfriend and Stray The Skies. The performances from the band is absolutely flawless with the vocals by frontman Asger Mygind being an absolute delight. The drumming from Adam Janzi is tight and intricate whilst the synth work from Martin Werner mixes perfectly with the bass and guitars.

Like any live stream recording the lack of an audience is always felt but what helps this release bypass that is not only the different and stunning setting but the fact that the performance itself is simply jaw dropping. Unfortunately I have yet to have the pleasure of seeing VOLA perform live in person but going from this live recording it is something that needs to be remedied as soon as humanly possible. Although this works perfectly well as a live album it is worth seeking out the DVD or Bluray as the visuals are a stunning match to the music. Definitely one of the best live stream releases we have had.