So Continuum Of Xul are a pretty new force in death metal, having only released one Demo and Split with Abyss Of Perdition, the latter of which was only released last year. Considering how this is the band’s first EP release too, its safe to say they likely have a lot riding on this as it’s a showcase of what their output could consist of going into their first album release in the future. But hailing from Italy, its nice to encounter some more European extreme metal and in my experience the Italians have certainly provided me with plenty to enjoy and raise eyebrows at. I also enjoyed the name, Continuum Of Xul is one moniker that you won’t easily get confused by or forget so easily owing to how specific a name it is. So, let’s take a look at the band’s first EP and determine what quality they may give us for the future.

An endearing quality I found with this EP lay in how the band presented their riff style. The band’s songwriting is rather rudimentary and is perfectly in line with the death metal you’d expect to find, but with that said the band certainly make use of their dual-guitar attack as they unleash one riff after the other. Generally the two guitars will complement the other as they’ll, together, hurl combined riff attacks at us. But there are plenty of moments where one guitar will deliver the main riff and the second guitar showcases either more visceral riff storms that keep us engaged and alert to what’s happening. There are times where the riff is being thrown at us, and the second guitar is detonating a ripping solo at the same time. So, no matter what combination we get, the songwriting is positively explosive and refuses to just sit down and behave. The music is forever foaming at the mouth and vying for avenues by which it may suddenly jut in one direction or another. 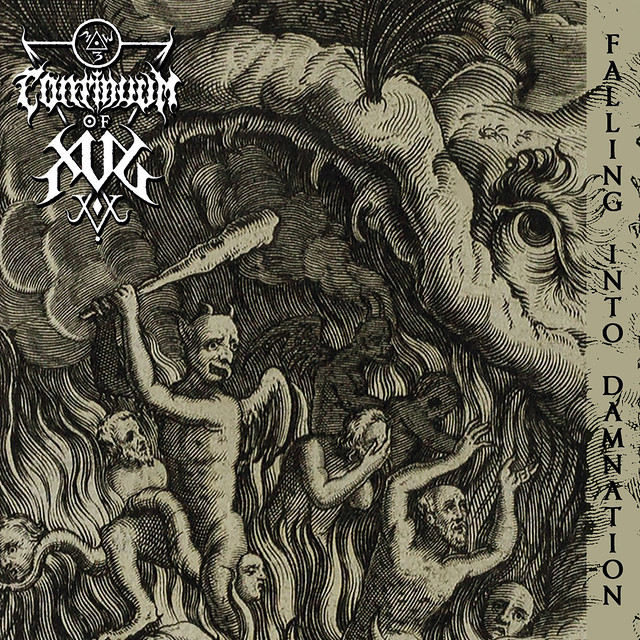 But the pacing surprised me. Following the intro and the first real track I expected the rest of this EP is make use of its time and just be some blistering piece that doesn’t stop for anything. So, imagine my startling realisation, as I delved further into this EP, to find the band have really put some thought into how their work may sound to us. “Dreaming In The Underworld” goes in a completely direction than “I Shall Be Thy Lord” does, and it shows. It’s a case where a band purport genuinely different approaches to songwriting and pacing, but still manage to make it effective and pronounced whilst furthering their identity to new fans. “Dreaming In The Underworld” utilised this stomping sensation in opposition to the ripping quality you will have heard earlier on in the EP and the band benefit greatly from this striking variety. Continuum Of Xul are prepared to hit us with stark diversity, and on a 5-track EP no less so who knows what they may attempt on a future, full length, release.

The production managed to really aid the band here as while they’ve given us a powerful sounding record, it’s not like they’ve constructed the walls of this record to be so completely airtight that nothing escapes it. The EP certainly features a compact soundscape but it doesn’t feel so constricting or suffocating that nothing can enter or leave. Take the visceral riffs for instance, we’re able to feel the power they exude mainly because the band have allowed us to feel just a slight hint of the raw ferocity they possess. It bolds well for the Absu cover featured right at the end, a band whose vitriol is iconic and has certainly garnered a reputation for its blackened assault, whereby Continuum Of Xul have been able to replicate that resonance with amazing flare. This balance between bass and ripping galore and knowing when the mix may require one element to stand out against another (touching upon the band’s insistence on pacing variety), and it’s an EP that could have very easily been expanded into a full length release had they so wished.

In conclusion, Falling Into Damnation is an EP that could have very easily been a full length album. The production and mixing quality is there as is the effort that has been poured into the songwriting, efforts that are just as boldly replicated and churned out into blistering riffs that devastate and bind us to the band as loyal fans. This is a band I would be absolutely down for listening to a full length release, so I hope one day we will receive such a release because I’ll want to give it a review of my own. There’s a lot to be deciphered and discovered here, with repeated listens bound to only unveil more of what this EP can offer us. At under 20 minutes it’s a deeply rewarding listen.