Three little words which instantly bring a smile to my face, Italian Death Metal. I will tell you now Italy provides some of the best in the game and then when members of some of those top tier bands (in this case Devangelic and Vomit The Soul) come together the result is bound to be terrific. The band already has released a stellar full length album which came out 4 years ago and now the project returns with a new set of battering brutal death metal titled Mankind Recall.

As a follow on from the bands spectacular debut, Mankind Recall pulls no punches in providing a severe ferocious display of clinical brutality. Posthuman Abomination create a collection of tracks which is very much a nod to the classic brutal death metal approach, break neck speed along with sheer crushing heaviness which is perfectly captured in the vein of greats such as Suffocation, Disavowed and Gorgasm. 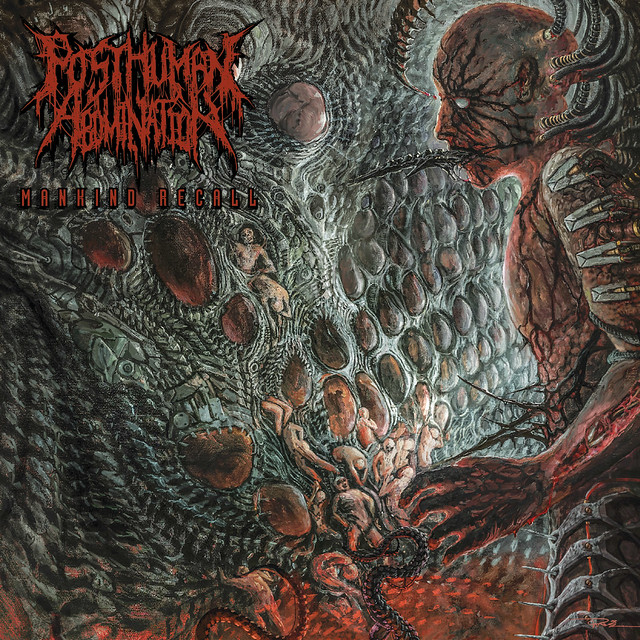 Tracks like 'Zeroth' or 'Subdermal' provide the best displays of the sheer heaviness of the record, where the band weave in their slower grooves between walls of furious intensity. Along with these tracks Posthuman Abomination offer tracks like 'Abstracted' which offers a ferocious all out display of no holds barred death metal full of high speed technical riffing. Powering over the riff fest is an ultra putrid vocal performance and the drumming on this record is a top notch display of adrenaline, in which you will find packed full of savage blasting and relentless double kicks, the kicks especially adding that extra flare during the more groove based riffs to really make them pop.

As with any brutal death metal record it is not going to appeal to all death metal fans, this being said if you are a fan of the brutal stuff then Mankind Recall is definitely for you. It is going to give you a collection of 8 well written and superbly executed tracks.