20 years ago Terror put their stamp on Hardcore and there has been no stopping them since. 8 full length records and multiple EP’s/7” releases along with touring relentlessly after all these years. The LA band continues to refuse to live off their legacy which they could quite easily do at this point, and Pain into Power is a new collection of tracks which see’s Terror do what Terror do best, straight up hardcore.

If you were to compare 'Pain into Power' to a sport event it’s a 100m sprint. Similar in ways to their debut releases 'Lowest of The Low', this record spends minimal time setting the songs up, it is full throttle straight away. From riff one, each track moves in quick succession into vicious attacking verses and powerful mosh sections, the tempo is definitely higher than has been found on the last few Terror releases. Tracks like the title track and 'Outside the Lines' both clock in at under 55 seconds but filling that short time with such legitimate rage and furious song writing that the length is not important. These are just a couple of those short sharp tracks which fit so much into a small running length. 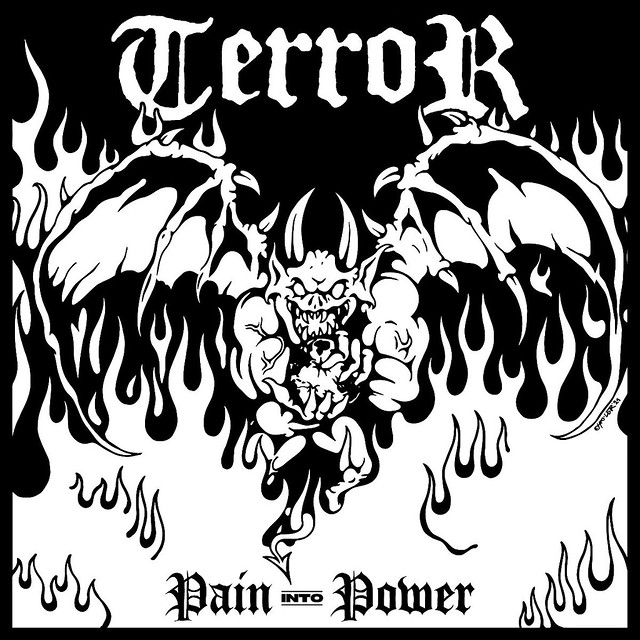 Now Terror know how to write more anthemic tracks and where they are not on display as much as on previous records Pain into Power does showcase those moments which is the case for a song like 'Boundless Contemptment' where the breakdown is overlayed with those anthemic singalong section. Speaking of the vocals Scott Vogel topped off each track by offering a vocal performance which leaves nothing in the tank, each track is pure adrenaline and fury. Also lending his voice to Pain into Power is Cannibal Corpse frontman George Fisher who provides his monstrous vocals to the release which works superbly.

Terror have a superb back catalogue already and Pain into Power meets all expectations for me it’s the best record since One With The Underdogs. Its relentless display of Hardcore is Terror showing that even after 2 decades you cannot count them out.