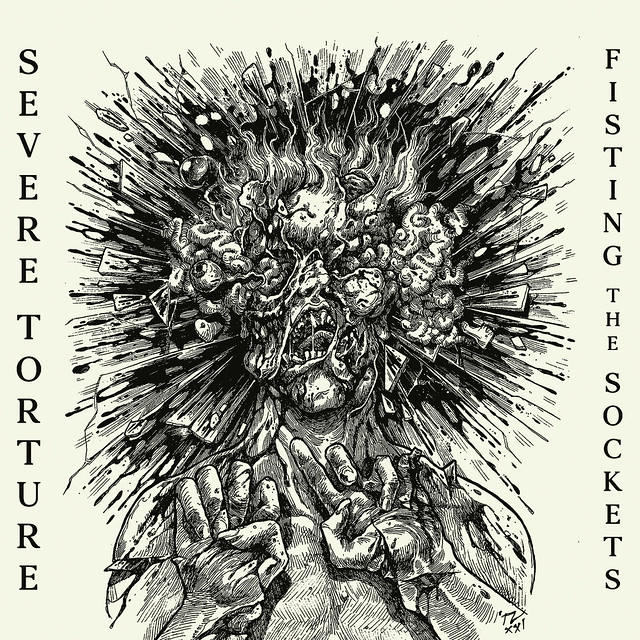 Now before you go and get worried that tweak is purely minor and Fisting The Sockets is not some over produced release which loses all the atmosphere it’s an unbelievably ruthless record. The riff structure is really meaty and the solos and lead work is also really nicely placed within the structure of the tracks, at times bringing it down to go straight back to that furious brutality. The drums are full of life and pack a massive punch, but importantly sit nicely within the mix as to not take over what you are hearing. The EP’s middle track 'Entangled by Hate' showcases the most aggressive aspects of this EP and see’s Severe Torture rip through the track with their most ferocious riffs and intense vocals. This track is my favourite on this release without a doubt.

It may only be 3 tracks but if this is a prelude to more new Severe Torture material then it has certainly whet my appetite and will be keeping an eye out for hopefully a full length follow up and soon.