Today, KID BOOKIE has announced his brand new signing with Marshall Records. To celebrate this monumental partnership the multi faceted artist unveils his next step towards world domination in the form of ‘Game’. The track is the first to come from an upcoming release slated for Autumn this year.

The new single produced by Good Charlotte’s Billy Martin features Corey Taylor as a special guest. The video, directed by Filip Plaskowski, is a homage to the fantastic world of Sci-Fi which challenges the viewer to free their mind and question that all is not quite as it seems as they enter the world of KID BOOKIE and his sound of inevitably.

Here once again to change the ‘game’, KID BOOKIE brings a sharpened and further refined edge to his song writing. Whether it's the machine gun spray of his lyrics or the inescapable earworm of ‘Game’s chorus. With hooks bigger than Candyman and a sound just as deadly as the villain, KID BOOKIE once more elevates himself to be the leader of the pack in an alternative world that is his for the taking.

Straight from the horses mouth KID BOOKIE sets the story straight on the meaning of ‘Game’:

"A song for you to scream ‘go fuck yourself’ to the face of all gatekeepers. Heavy culture is evolving and being part of the evolution with the teachers who taught us how to evolve is exactly where we need to be right now, an obnoxiously loud, violent piece of music to reflect the tide of the mood, not everything is pretty and sometimes mirroring that sonically is truth in audio. AWOOOH!"

Slipknot vocalist and all round Metal household name Corey Taylor also weighed in with the following regarding the single and his appearance in the video: 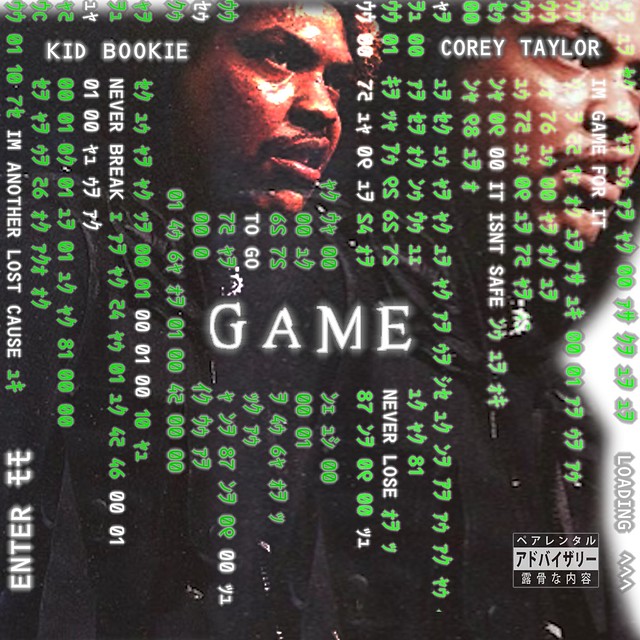