Acclaimed UK rock artist, Danny Beardsley, releases his much-anticipated new album, Chase The Sun, on Friday 24th June. The record draws in from a host of influences, and with that in mind we asked Danny for this exclusive track by track breakdown of the album:

THE CHANCE TO LIVE
This song was inspired by my fear of taking chances and generally getting caught in the repetitive cycle of everyday life. Sometimes we can feel beaten down by our own inner judgment which can stop us from growing and embracing who we are. This was my attempt at projecting some positivity into those negative moments that we can all experience at times.

PULLING ME UNDER
This was an attempt at fusing the deep mysteries of the oceans and falling in love. The theme gradually evolved into a mermaid inspired love song. During lockdown we watched a lot of an Australian mermaid TV series (my daughter’s choice of course) but in the end we ended up enjoying the show as a family. Stories of fisherman at sea being lured into the deep oceans by the mesmerising beauty of the mythical mermaid. I definitely drew some inspiration from this. I bet that wasn’t expected.

EMPTY PROMISES
I don’t particularly vocalise my political opinions but its become impossible to stay quiet in recent years. This song was inspired by political leaders feeding false information to the public driving a wedge between communities, families and generally fuelling fires of hatred and fear. Making promises that couldn’t be kept and lining their own pockets at the cost of others.

NO REGRETS
This song is for my daughter. I wanted her to have something she can revisit and listen to if she’s ever feeling low or lost later in life. Some words of encouragement and a way of telling her she’s got this. I think it’s important to let the ones we love know that on a daily basis.

SAVE ME FROM MYSELF
I have struggled with existential crisis in recent years and through constant soul searching, acceptance seems to be the most effective way of dealing with it. Writing this song was a massive cathartic experience for me. Writing down my fears really helped calm my mind. Questioning our existence, the meaning of life and our demise. Nothing lasts forever but there are two different ways to look at it. One being, it makes everything even more precious.

LONELY MILE
The lyrics for the Lonely Mile were written by my wife. They are meant to highlight the burden of people who care for loved ones who aren’t able to care for themselves. The monotony of everyday life can be overwhelming and isolating. This song is dedicated to those people to help them feel seen and validated.

REAP WHAT YOU SOW
This song is all about the people who can make us feel undervalued and downtrodden. Revelling in drama and animosity, fuelled by their own insecurities. Some people have a distinct lack of empathy, and look down on others, especially if they’re intimidated by something they’re unfamiliar with. Usually these types of people cannot admit they’re wrong and will not apologise for their actions. No human is perfect but a healthy dose of empathy goes a long way.

FOREVER
Following a depressing theme this song was tackling the unknown. Do we have a chance to see our loved ones again after death or is this our little piece of forever? I imagine it brings great comfort to have strong beliefs in an afterlife, but for those of us who aren’t convinced, the prospect of no consciousness is rather intimidating and pretty overwhelming. I wanted to combat that fear by writing about it.

STRANDED ALONE
When I started writing this track, this particular individual had a great deal of power. But since the release of the album this ‘Blind, Soulless Vessel’ is no longer in power. Yippee! This guy fuelled hatred and didn’t believe in peace. He caused so much pain to so many families and communities. This song was intended for those affected by his actions to let them know, I stand by you in solidarity.

FADE
I spent a long time experiencing these exact lyrics. Sitting in room full of people but ultimately feeling incredibly alone. This was my realisation of how temporary my life is. Everything leads to nothing, that was my mindset. Night and day I’d have an overwhelming sense of impending doom. I’m sharing this with others because I want them to know it’ll all be okay.

HURRICANE
I originally wrote this song when I was 19 years old. It sounded very different then but the message was still the same. The song is dedicated to Rubin ‘Hurricane’ Carter. He was wrongly convicted of murder and served almost 20 years of in prison. I remember watching the film ‘Hurricane’ years ago as a kid and was horrified that things like this happen.  The time that man lost must have been soul destroying. I just hope he found peace in his remaining years as a free man.

SURROUND YOU
This is a love song dedicated to my wife. Being there for someone and wanting to share life together. I also wanted to portray the magic of being attracted to and falling in love with someone. It can be difficult to do this without sounding cheesy but love is a beautiful thing and I enjoyed creating this song.”

For more about Danny, see - www.dannybeardsley.com 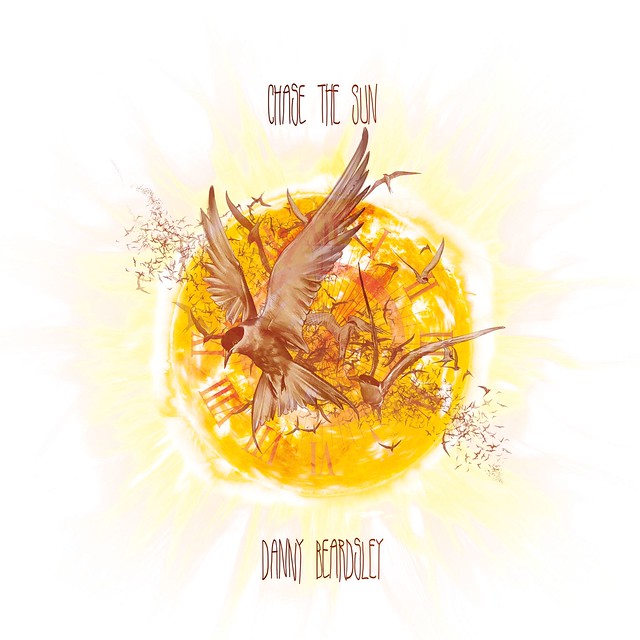