Groundbreaking Indonesian trio Voice Of Baceprot have released the video of their cover of 'Enter Sandman', filmed live at Les Transmusicales Festival, France.

The new video cements the group's position as one of the most exciting musical voices from Southeast Asia, and comes ahead of their much-anticipated appearance at Wacken Open Air 2022. Voice Of Baceprot will also be making their UK live debut, with shows at Manchester's Deaf Institute and London's Boston Music Room.

The all-female trio Voice Of Baceprot have made headlines globally with their music, a fresh take on metal, rap-rock, and funk metal. Formed in 2014 in school in rural Indonesia, the three schoolgirls - Marsya (vocals and guitar), Widi (bass), andSitti (drums) - aged 14, began a musical revolution.

Initially drawn to covers of System Of A Down, Rage Against The Machine, Metallica, and Slipknot among others, Voice Of Baceprot soon found their unique authentic voice. True to their name, given 'Baceprot' in Sundanese translates as 'loud'.
Voice Of Baceprot's debut video, 2018's 'School Revolution', their thrash-funk metal amalgam, has gathered nearly two million views. It is a searing track, raising awareness about the inequality of education, and helped fully stamp VOB's name on the global map. Since then, the group have gone from strength to strength, releasing follow up singles 'God, Allow Me (Please) to Play Music', and 2022's '[NOT] PUBLIC PROPERTY'.

Since their formation, Voice Of Baceprot's Marsya, Sitti, and Widi have been using their music to build their voices as activists and to raise awareness of the violations of women's rights globally. Their activism is only increasing and becoming more powerful as the trio age. This is reflected in the single '[NOT] PUBLIC PROPERTY', released in conjunction with the WoW Foundation and Indonesian crowdfunding platform Kitabisa to collect donations for victims of sexual violence and abuse. 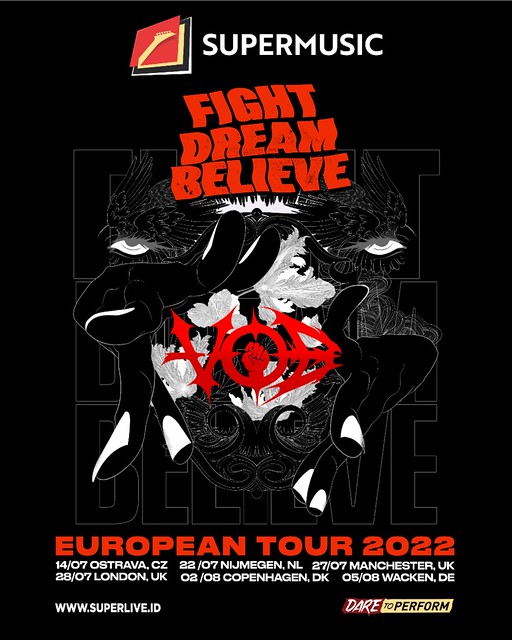