Chris Catalyst is one of the hardest working guitarists on the scene right now. From playing with The Professionals at the start of the year Chris headed out on a full European arena tour with Ghost, his many years service with whom had been a tightly kept secret until the tours end. He’s since hit the road with The Professionals for a second time and headed to France to headline Hellfest with Tobias Forge's crew.

Tonight, however, he mixes things up by taking his own band Eureka Machines out on the road, and just to keep his hard working, non stop image going, the opening act are his other group The Christ Catalyst Band.

In the Lounge Room at the legendary KK’s Steel Mill a crowd gathers, bigger than any I’ve seen in this room for a long time. The live music scene here in the Black Country is thriving. Chris takes to the stage with a slight embarrassed look, kicks off the intro tape on his laptop, jokes he’s got an eBay auction ending and disappears again, soon to return with the rest of the band and to a huge reception. The trio mix punk vibes with a rock style akin to The Wildhearts but throw in some indie elements for good measure. A great mix and a wonderful way to warm up the crowd for what’s to come. 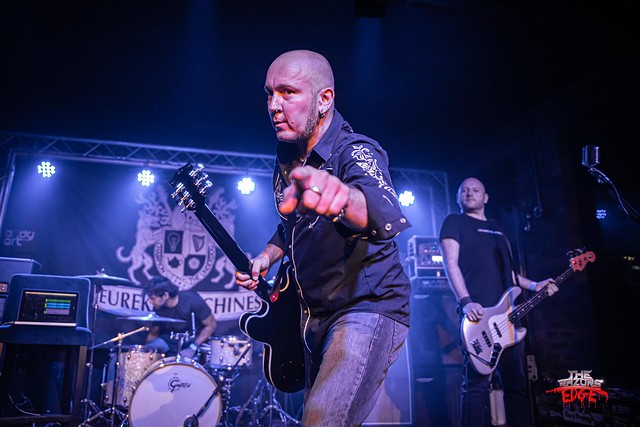 After a quick turn over Grand Theft Audio hit the stage, they are high octane rock and fuckin’ roll. Frontman Jay leaps into the air as the band kick off with ‘Ruin Your Youth’. From there on Jay is on the barrier, in the crowd and literally all over the place. They offer lashings for pure rock fury and it is a wonder to behold. It was already hot in the venue but the temperature went up a few degrees as they performed. That was awesome and if you get the chance to see them later in the year supporting CJ Wildheart, I strongly suggest you do! 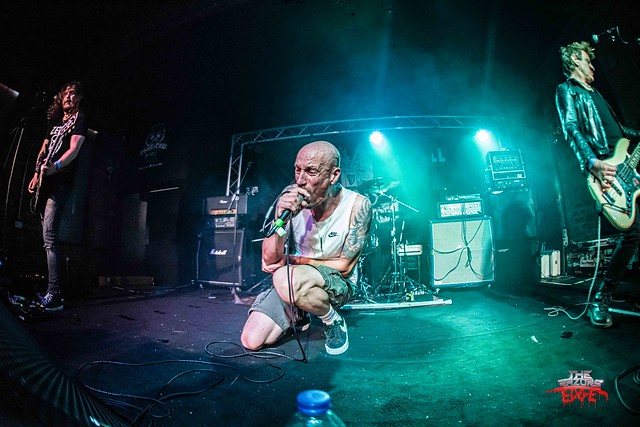 The atmosphere is electric in anticipation for tonights headline act. Eureka Machines have a loyal cult following, the venue is awash with their t-shirts and even a young lady with a sign reading “All I wanted for my birthday was to see Eureka Machines”.

The four piece take to the stage in uniform, black shirts and thin white ties, all suited and booted ready to kick off. The intro tape of Russ Abbotts ‘Atmosphere’ failed to play and instead as the band take their places the crowd sing the intro for them, and indeed the atmosphere is buzzing as ‘Champion The Underdog’ kicks us off.

The band have an aura about them, their set full of energy, Chris himself a unique frontman whose banter and humour bounces well off the audience. It helps draw the fans in, they are invested, this is a personal show for them. Infusing indie rock, with a hint of punk and a good old rock n roll ethos is a winner, and the crowd love it.

As the last notes of ‘We’re Going To The Future’ ring out that crowd are left a sweaty mess, fully satisfied from an evening of live music. Playing all too infrequently due to other commitments, these shows are special and leave a lasting memory for all in attendance. 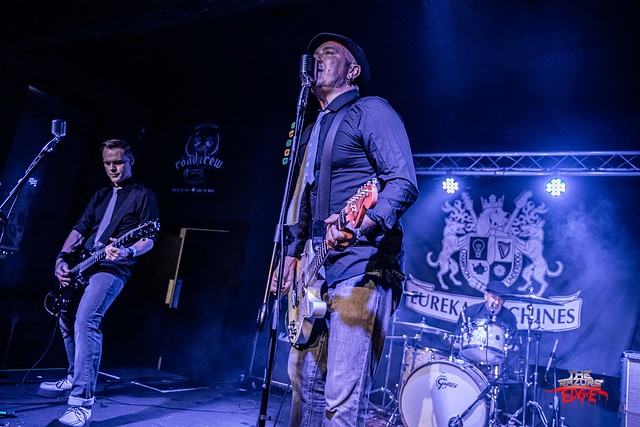 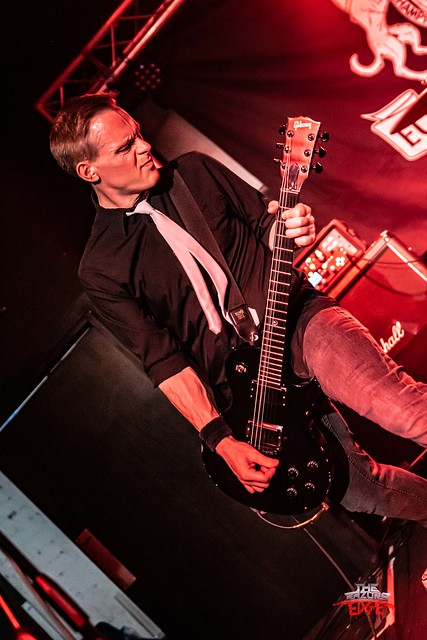 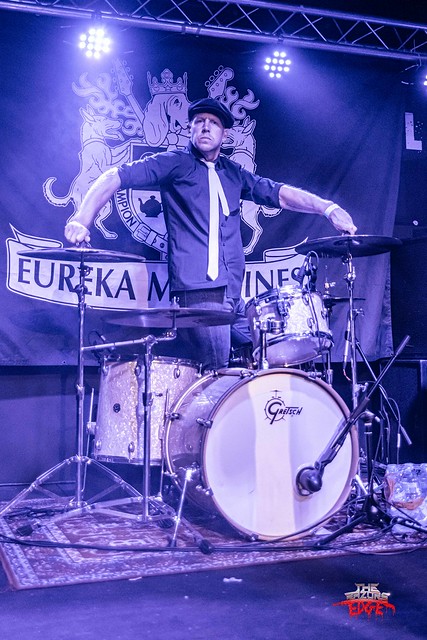 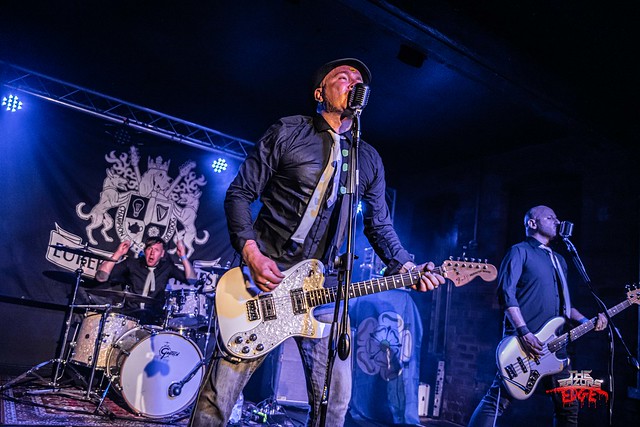