Ex Mortis Gloria is album number three from Bristol based technical death metallers Imperium. The band formed in 2010 and this is the first album since 2016’s Titanomachy album. The band have some new additions since then with founding guitarist Mike Alexander now joined by Anthony Ridout (Basement Torture Killings, Anakim) on bass, Janne Jaloma (Dark Funeral, Aeon, Night Crowned) on drums and Zach Teter (Hideous Divinity) on vocals.

Imperium play a style of death metal that is equal amounts technicality and brutality. It is a sound that is savage and relentless but also very slick with fantastic levels of skill and musicianship involved. Songs such as Indignitas, Per Silentium Noctis and Blood On Seas Of Black are prime examples of technical brutal death metal sound which also involve an undercurrent of melody but never something which breaks to the surface with all these songs remaining violent and ferocious. 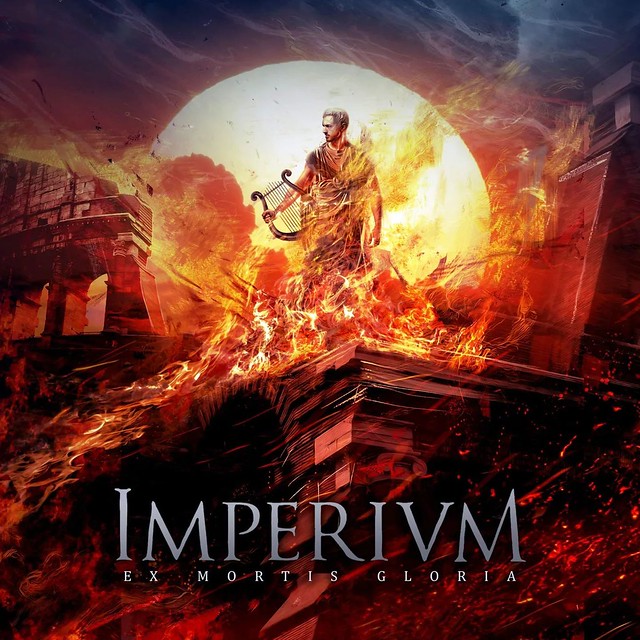 The guitar work from Mike Alexander is brilliant with some amazing slick guitar solos as well as a barrage of riffing ferocity. The ferocity is matched by the rhythm section of Anthony Ridout and Janne Jaloma especially in the drumming which is absolutely brutal. The vocals by Zach Teter are a low death metal growl but have a lot of clarity about them.

Ex Mortis Gloria is a very good album of technical death metal. It is a bit single minded and there is not much in the way of variation and differentiation between the ten songs which make up the album but this is death metal after all and what it lacks in variety it makes up for in sheer aggression. The tech meets brutality sound has similarities to other bands who play this style such as Nile, Hour Of Penance and Hideous Divinity but Imperium have a great third album for death metal fans to enjoy.