The music business thrives and grows based off what’s happening on the underground scene. Some of these little bands you’ve never heard of will one day become the Metallica of tomorrow, hence its always important you go out and support the bands in your local scene!

Eradikator have been around a while now, multiple appearances at Bloodstock Festival and two already well received albums have grown their fan base. The packed room tonight testament to their stature as they prepare to release album number three, Obscura.

Skull Fox open the undercard, with a raunchy, bluesy sounds that gives you that warm feeling inside. Growing as a band over the last year, their sound has grown huge as the band members have gelled as a unit. Big riffs, made bigger when front man Jamie don’s a third guitar. Their music a mix of Load era Metallica and bluesy stoner rock gets the heads in the room banging. We love these lads and they will go far. 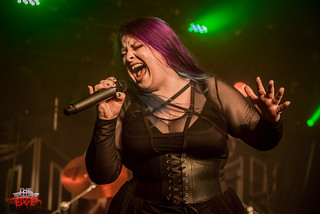 Dakesis are Birmingham music scene stalwarts, ever present in this thriving hive of heavy metal. The power metal quartet, quite different from the rest of the bill, stand out in a good way. The strength of Gemma’s vocals enough to blow you away on their own, let alone when the three other members kick in. As you’d expect from a power metal band the showman ship and storytelling provide the basis of the show, with the layered guitars and bass on top giving the whole performance depth and range. Highlighted by some stunning solos from guitarist Matt. If you're at Bloodstock this coming weekend be sure to check out Womenowar on the Jagermeister stage, who are Dakesis alter egos with a few special guests!

Hærken are the height of theatrical death metal, and hopefully that description has piqued your interest. A monk enters the stage, waving his incense as the guitarist enters waving the insignia of his chosen house. Ever wondered what Robin Hood would look like with a death metal sound track? This is it! Brutal guitar tracks with thunderous vocal all intermixed with interludes on flute and balalaika. All members dressed to the theme and keeping in character throughout, they are a sight that must be seen to be believed and on the basis of this performance we highly recommend you check them out!

Thus we move onto the real reason we are here this evening. Eradikator are about to unleash their third album onto the world, one that will hopefully propel them into the thrash metal consciousness for a long time to come. 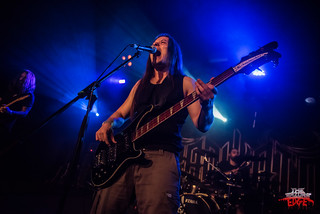 Focusing on their new material this evening to showcase the album. The sound is huge, Pat stands tall, front and centre as the snarling guitars of Liam and Andy dual. They’ve taken a big step forward in their career with this new material, fantastically well written and performed to perfection this evening.

Producer to the stars Russ Russell is in attendance to witness the material he helped record transform into the live arena. He, like everyone else here, cannot help but be impressed. Thrash metal is seeing somewhat of a revival and Eradikator are at the forefront of it. If tonight is anything to go by the future for this band and the genre as a whole is very very bright.

Eradikator's 'Obscura' is available in the UK now and worldwide from September 13th! 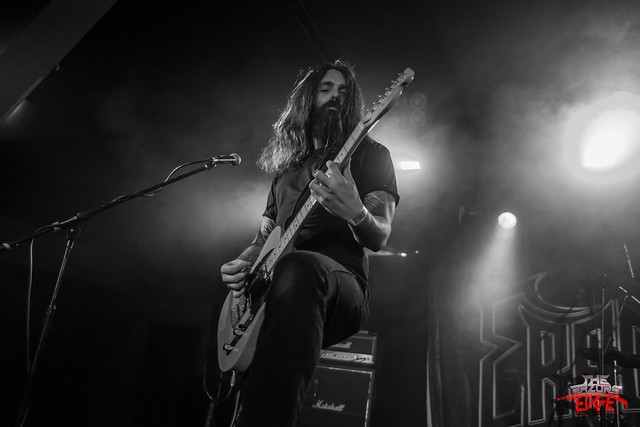