Acid Reign release the first single from upcoming album ‘The Age Of Entitlement’ entitled “The New Low” on August 2nd.

“It's been a long time coming but finally Acid Reign unleash on the world the first single from their first album in 29 years! The New Low was one of the first songs written for the album and was always going to be the opening single. Hope you all enjoy shouting along with it as much as we are looking forward to playing it live!”

You can catch the new single below.

The bands first album in 29 years, 'The Age of Entitlement' is released latest this year on September 27th via Dissonance Productions.

H and the gang will hit the road for a string of dates in support of its launch later this year:- 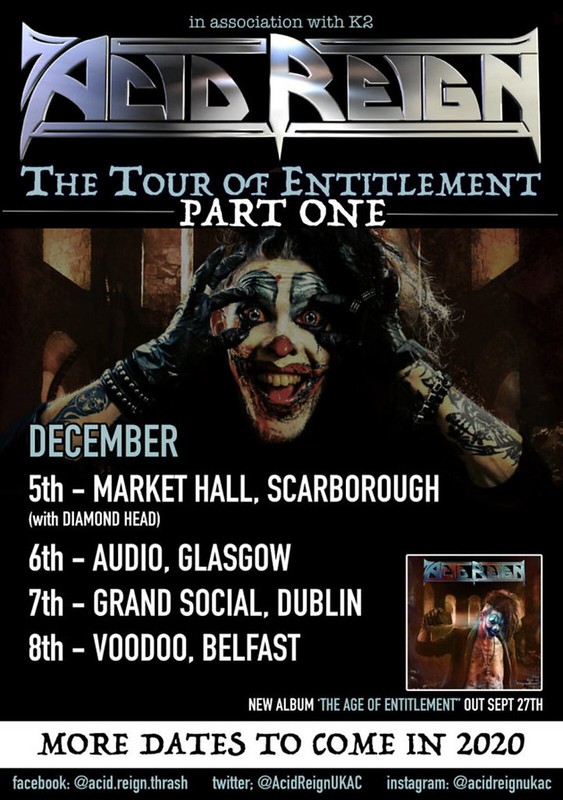