Uprising, the all day metal show in Leicester, returns for its 4th edition this September. They have already announced Napalm Death, Acid Reign, OHHMS and Krysthla for the event on September 14th and today they announced even more!

Added to the existing line up at O2 Academy Leicester are death metal legends Memoriam, who have played pretty much every metal festival in Europe and the organisers are more than happy to bring them to Leicester.

Also added to the Saturday are critically acclaimed doom crew Alunah and opening the day will be Seven Hells who have played their hearts out since appearing Bloodstock last year.

At either end of the big day, are two smaller, yet no less intense shows. On the Friday there will be “The Night before Uprising” hosted at the Firebug with the first two bands announced; 13 and Mörti Viventi. This event is the warm up for the big day and entry is free for Uprising ticket holders!

”The Uprising Aftermath” also hosted at the Firebug, takes place on Sunday 15th, September with the first three bands announced being Strombringer, Dishonour The Crown and Prognosis.

The whole weekend promises to be one of the highlights of the year and we’ll bring you all the remaining announcements as they happen! 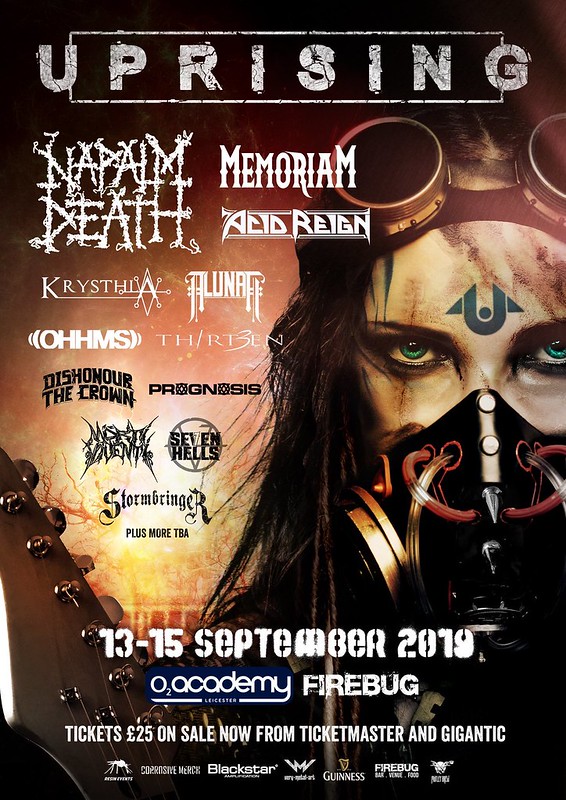