Red Death checked in with the following comment about “Sickness Divine”:

“This is the record we all wanted to collectively make and we feel good about what we did. Whatever aspects we liked from our past material have been fine tuned and amplified. Any new ideas we wanted to bring to the table fit perfectly and now has opened the door for future material. We wanted to create something unique for our time. A crossover record but one that fully establishes Red Death as just Red Death and nothing more. A fine balance between what we’ve done and what we needed to do. We started recording with Arthur Rizk in Philadelphia, PA around late May and finished up early August. We are gearing up to tour Europe with the Cro-mags as well as preparing ourselves for 2020 and beyond. We are beyond excited and can not wait to share what we’ve created with everyone!”

Once more produced by Arthur Rizk (Power Trip, Sacred Reich) and with cover art – to be seen above – by Timbul Cahoyno (The Black Dahlia Murder, Nocturnus A.D.), “Sickness Divine” is a sledgehammer-to-the-skull riff-ride across its 10 annihilating tracks. 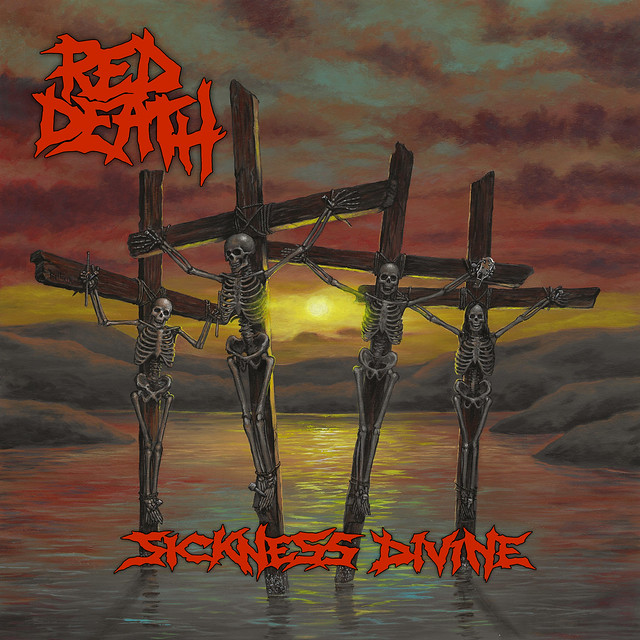 Next up, Red Death will be returning to European stages later this month supporting Hardcore legends Cro-Mags on the following dates: 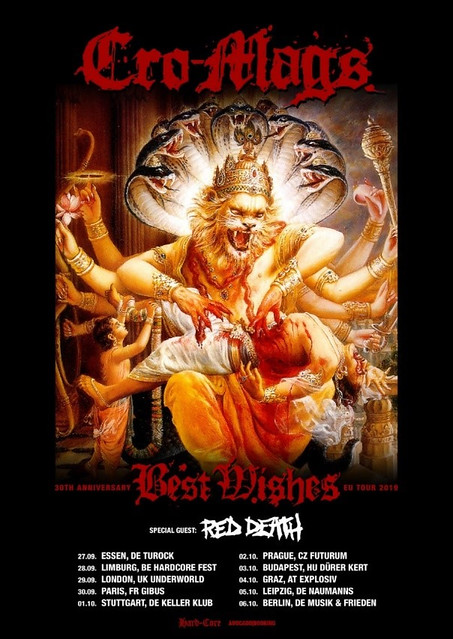